Updates to ISAP and ETB

The JIRC and the Company have come to an agreement to change the ISAP and ETB opening times starting August 1, 2015. APFA President Laura Glading signed a Letter of Agreement with the Company that will give the LUS FA’s an extra 2 hours a day for ISAP and ETB to be open for Bidding, Posting, and Trading Trips.

Starting tonight, July 31st when ISAP closes at 20:00, both ISAP and ETB will have new times. The Closing time will stay the same at 20:00 Home Domicile Time, but the opening time for both will be 0600 hours Home Domicile Time. 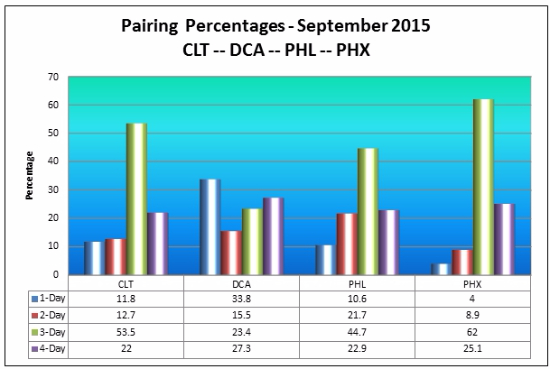 PBS Mis-awards Due to System or Company Error:
• Any Flight Attendant who has an inquiry or believes she/he may have received a mis-award shall notify Crew Scheduling no later than the 1200 on the 23rd of the month, or, if on vacation, within twenty-four (24) hours of return from her/his vacation.

Vacation Extension (VEX) Requests for October:
• August 19 – 31 via VEX Form on Wings – Flight Service – Lines & Pairings (Bidding) page
• A Flight Attendant who is scheduled for at least seven (7) consecutive vacation days may elect to place up to a total of four (4) days off BEFORE or AFTER, or SPLIT on either side of such vacation. The days off will act as a pre-planned absence and will carry NO pay or credit. Such days off will be counted toward the Reserve’s scheduled Golden Days. Such block of four (4) days, or portion thereof, may be extended into the next bid period.
• Vacation Extension Timeline, Rules and Useful Tips