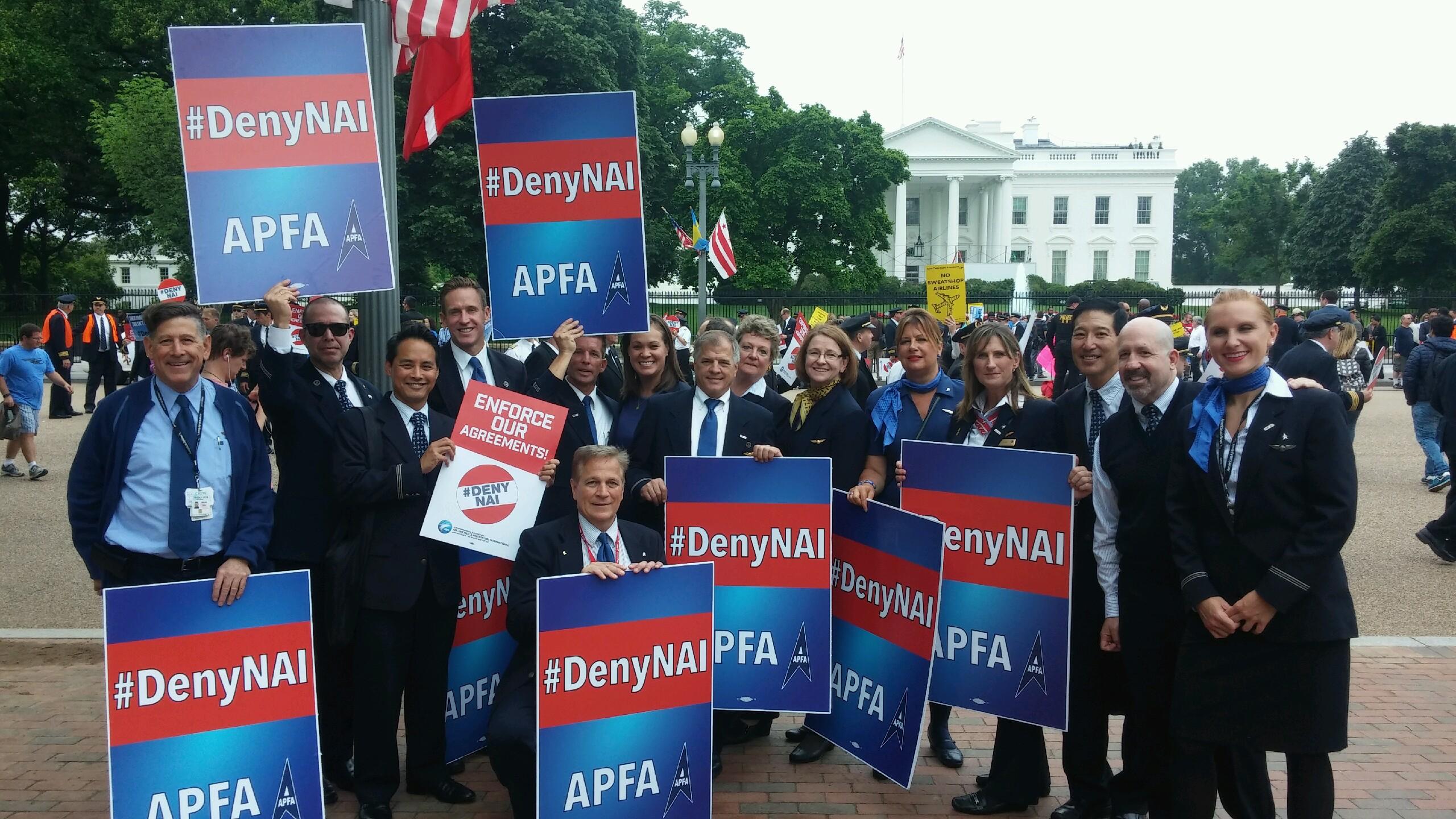 APFA National President Bob Ross joined APA President Keith Wilson, along with our Brothers and and Sisters from APFA, AFA, APA, ALPA, CWA, TWU, and others in addressing activists on the importance of denying the DOT’s shortsighted decision of tentatively approving Norwegian Air International’s application to fly to the United States. We would like to extend a very special “Thank You” to everyone who showed their support at today’s #DenyNAI picketing event in Washington, D.C.

Our collective message was made loud and clear, and APFA was proud to be a part of this important cause. Sidestepping the Fair Labor Standards outlined in the Open Skies Agreement cannot stand, and APFA made our voice known to the DOT and those in Washington who must start making labor and the security of our traveling public a priority.