Twenty-three years ago today, APFA led one of the most successful strikes in the airline industry when nearly 21,000 Flight Attendants walked off the job in solidarity for a fair contract just days before the busy Thanksgiving travel holiday.

Early on the morning of November 18th, terminals across American’s network filled with a sea of blue as Flight Attendants walked off airplanes. Thousands of uniformed crew members watched from picket lines on the ground as silver planes flew overhead carrying nothing more than cargo. None of us knew what the ultimate outcome would be, but what we did know is that the time had come to take a stand.

Four days into the strike, President Bill Clinton brokered a deal between American Airlines and APFA that ended the job action on Wednesday, November 21st, 1993. Our 4 day strike was hailed by the media as a success, earning APFA the title “The little union that could.”

For those of us who were on the property during that historic time, it was an exhilarating feeling to watch thousands of our colleagues come together in a massive show of solidarity.

Times have changed since then. We are no longer the “Little Union that could.” We are now the world’s largest independent Flight Attendant Union that CAN!

APFA’s historic strike proved that there is strength in unity. Our true power lies in our ability to transcend internal division and unite in common purpose against the true source of corporate oppression.

As we head into another busy holiday season, remember that your colleagues and co-workers are your strongest allies in the struggle against a corporation unwilling to invest in their most valuable asset…YOU!

If you are tempted to find fault with anyone other than the true source of our current problems, or if you doubt for one second the effectiveness of a cohesive and united membership, take a moment to Remember November.

Our best hope for the future is each other. 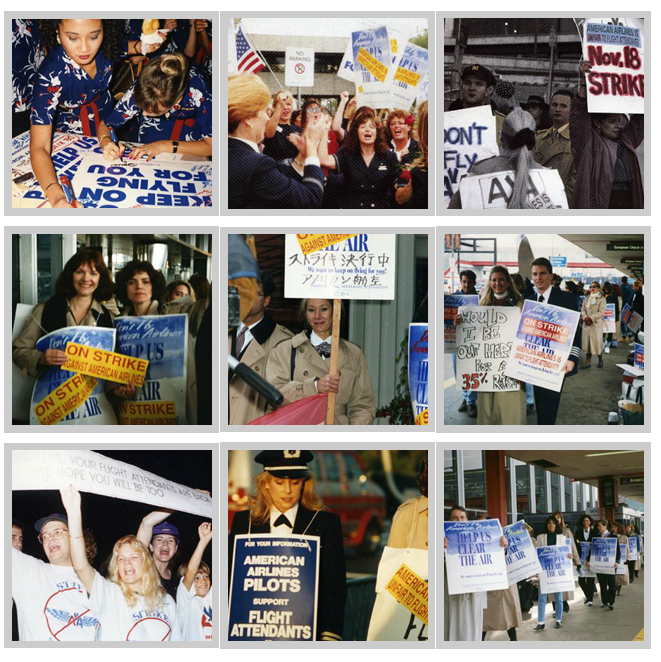