Standardized Communication for Both LUS and LAA – LAA/LUS

In the interest of transparency, and in keeping with the ultimate goal of integrating our workgroups, all communication from the APFA National Office will be distributed to both LUS and LAA regardless of content. Previously, information regarding PBS and bidding timelines for LUS Flight Attendants have been solely distributed to LUS members, since they are not yet in effect for LAA. Moving forward, this information will be included in the general hotline to all members. We will continue to designate applicable information to each workgroup with the color coded designator LAA or LUS. 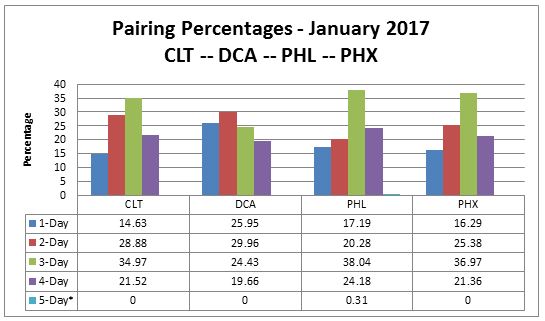 The following Vacation days are open for the February 2017 Monthly Rebid (MRB):

Enter your bids in the Update screens using the standard American date format MMDDYY. Review and print your protective bids from the Display screens. Always read the message at bottom of the screen after you enter data.