Flight Attendant Counts By Base – LAA/LUS 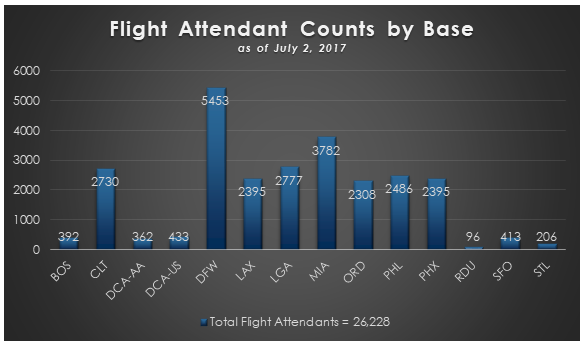 No Voluntary Leave of Absences (VLOAs) Offered for August – LUS

Reciprocal transfers only will be offered for the August bid month.