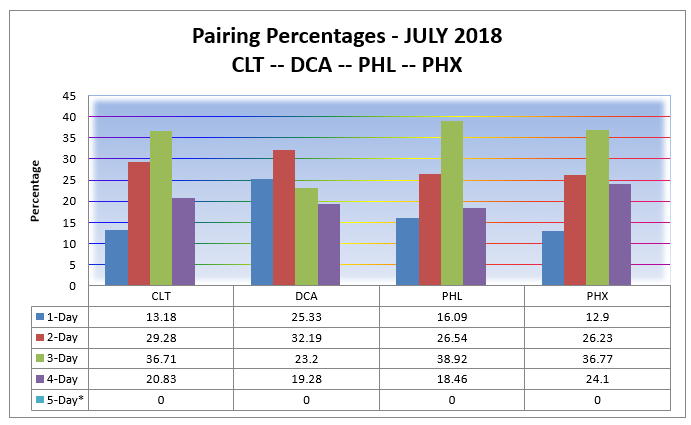 Redeye Defined – Last September, both LAA and LUS Redeye pairings (sequences) were aligned. This was communicated by the the Company in August.

When bidding Regular pairings, it is important to keep this new definition in mind. There are now trips in the regular pairing pool that were once considered Redeyes. To remove these pairings from your pairing pools, using the “View Pairing Set” button on your layer tab. Refer to page 50 of the PBS Bidding Guide for more information.

Conversely, if you want to fly trips that depart the west coast later in the evening (example: LAS-PHL departing 0245 EST), these are no longer categorized as red eyes, and therefore will not populate in a PBS search when you enter “Prefer Pairing Type: Redeye”. These trips will populate in PBS under a search for a regular pairing type.

As always, make sure you review your pairing set under the layer tab before finishing your bid. Contact the FABRC for further assistance.

The following Vacation days are open for the August 2018 Monthly Rebid (MRB):