The August 2018 PBS Bid Award is available for viewing in the Crew Portal via the PBS Award tab. Any Flight Attendant who has a question about his/her award or believes he/she may have received a mis-award should notify the Flight Attendant Bidding Resource Center (FABRC) at (800) 327-0117 Option 5, 1. The FABRC operates daily from 0600 (CT) until 2200 (CT).

Below, you will find the August 2018 PBS Award Summary for CLT, DCA, PHL and PHX along with a few definitions for some of the key terms to help you better understand the award summary chart: 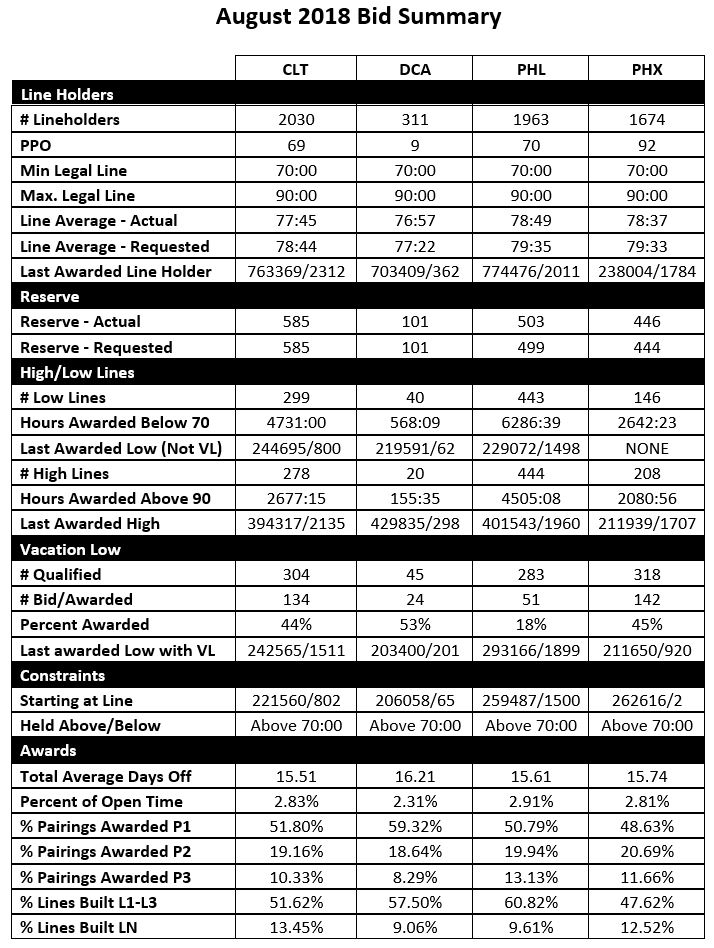 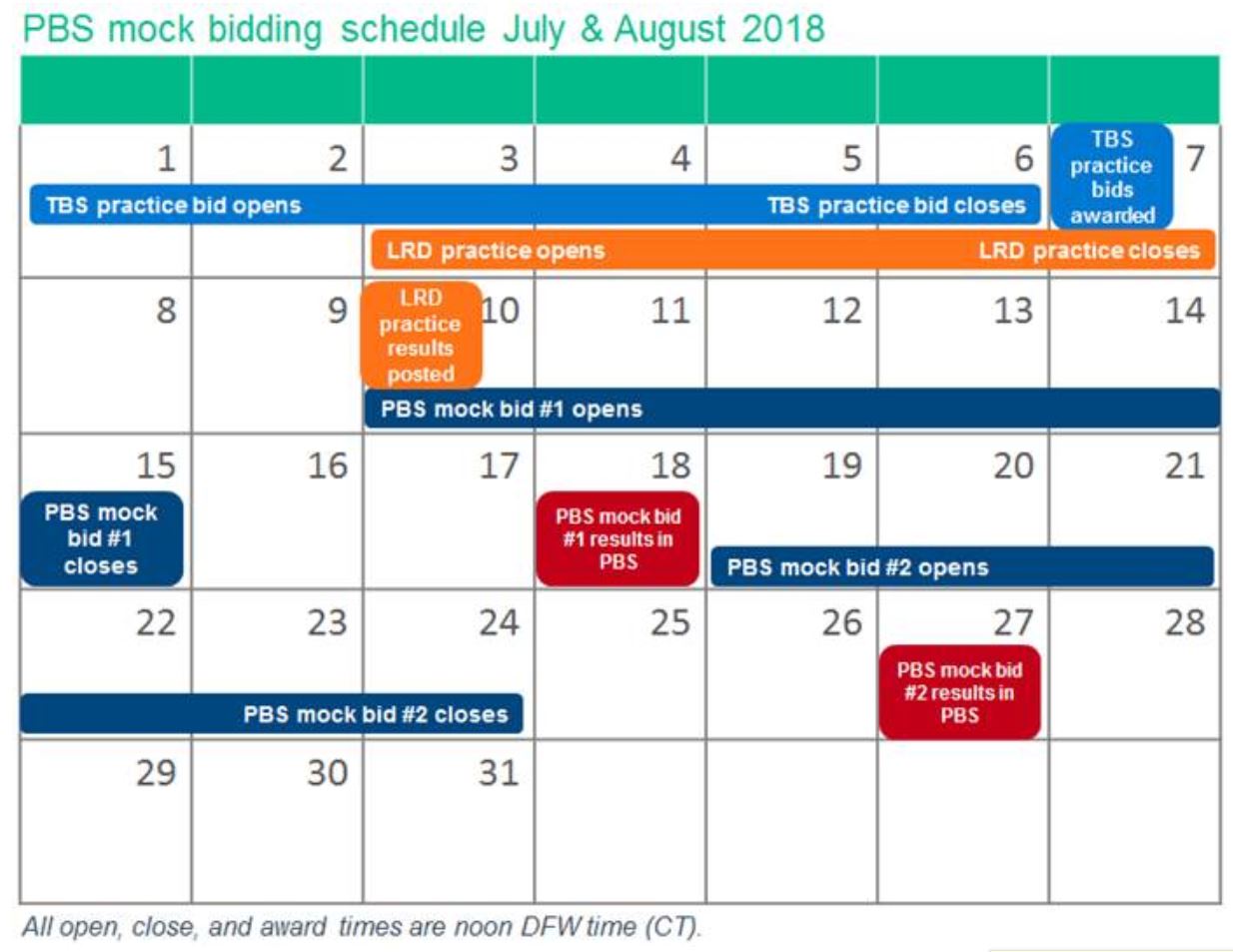