PBS Mis-awards Due to System or Company Error:
• Any Flight Attendant who has an inquiry or believes she/he may have received a mis-award shall notify the Flight Attendant Bidding Resource Center (FABRC) no later than 1200 MST on the 23rd of the month, or, if on vacation, within twenty-four (24) hours of return from her/his vacation. 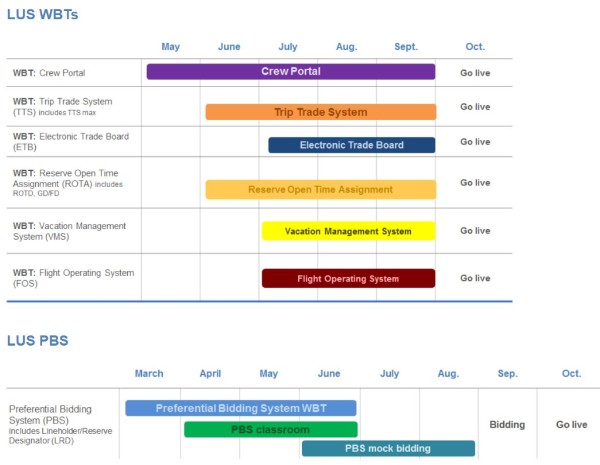 ALL LUS WBTs are due October 1st 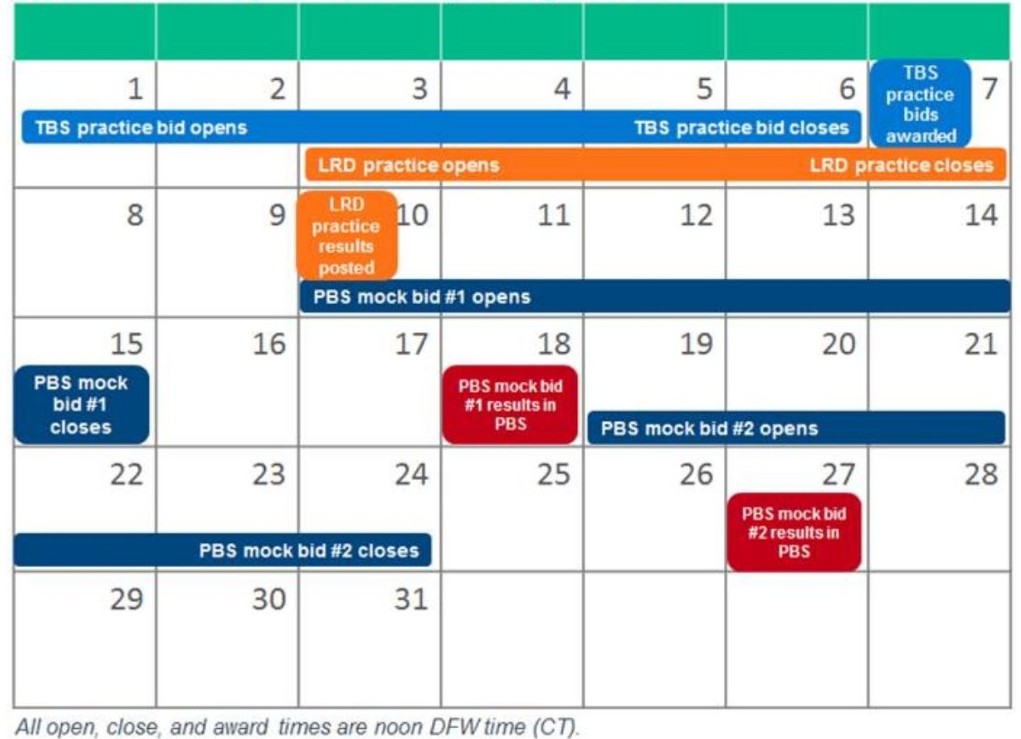