APFA is a longtime supporter of Airline Ambassadors International (AAI), a nonprofit organization that has been on the forefront of human trafficking awareness and training.

Founded by retired APFA member, Nancy Rivard, AAI began as a network of airline employees who help children and families in need in under-privileged communities around the world. With the increase in human trafficking worldwide, Nancy quickly recognized that Flight Attendants are in a unique position to identify and report suspected cases of human trafficking.

Human trafficking is happening every day making it the second largest crime in the world behind drug trafficking. Traffickers often use the convenience of commercial aviation to transport victims, and as Flight Attendants who know our aircraft and our passengers, we can often sense when something is not right.

On September 18th, Airline Ambassadors will hold a human trafficking awareness and prevention training at the PHL airport. Airline and airport personnel can play a critical role. Please stop by and learn how to help prevent human trafficking. Lives are at stake. 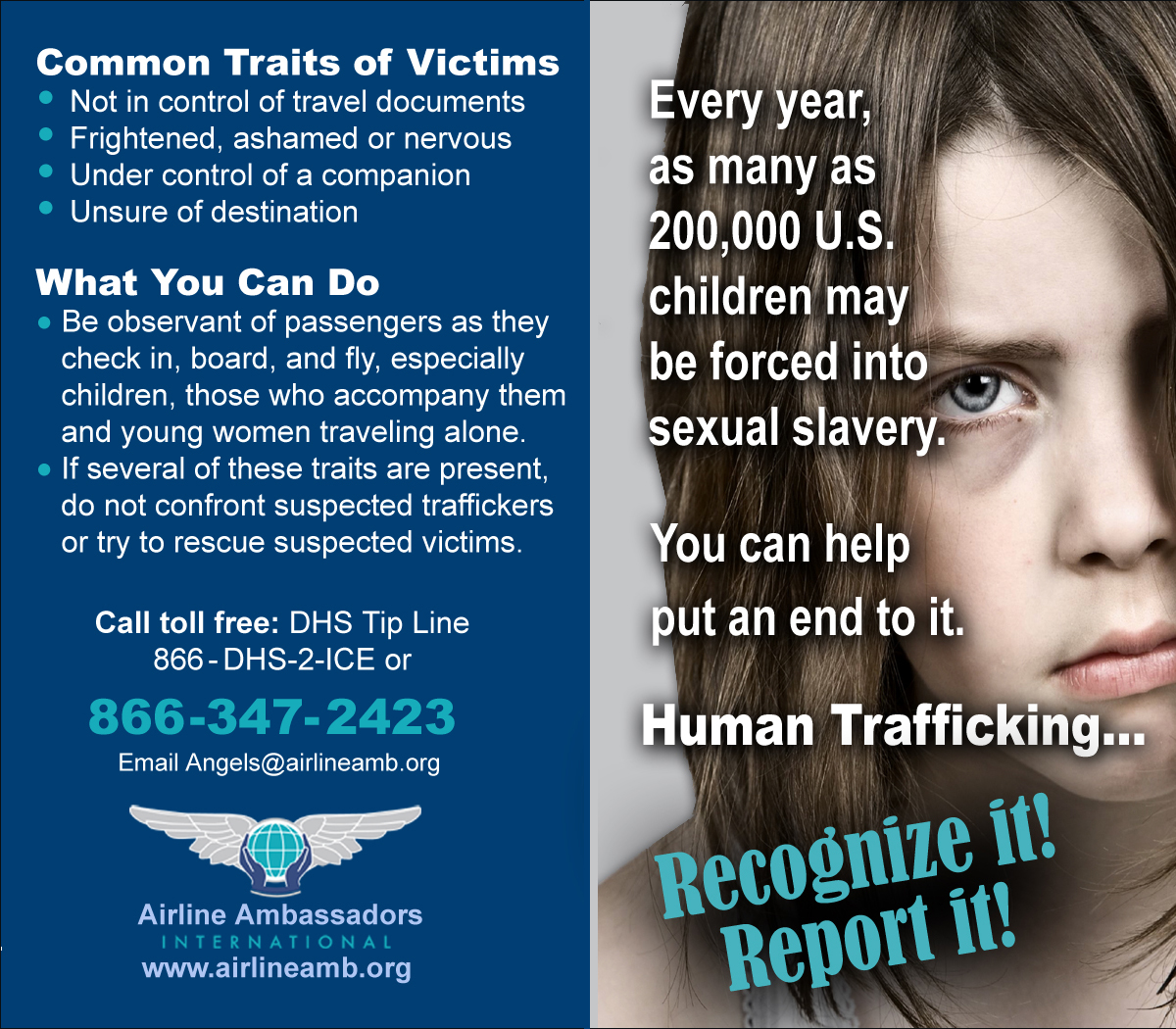