On September 5, 1882, 10,000 workers took unpaid time off to march in a parade from City Hall to Union Square in New York City as a tribute to American workers. The march was organized by New York’s Central Labor Union, and became the country’s first unofficial Labor Day parade. The workers included cigar makers, dressmakers, printers, shoemakers, bricklayers and other tradespeople. Today, this holiday honors American workers who have contributed to the strength, prosperity and well-being of our country.

At the bottom of every APFA hotline, you will notice our message stating, “From its beginnings in 1977 to now, APFA members have known both triumph and tragedy. APFA has fiercely advocated for the Flight Attendant profession and has been on the forefront of change for workplace equality, women’s and human rights.”

Our Flight Attendants should be proud of their achievements over the years. But there is much more work to be done. Last week, over a hundred Flight Attendants, along with many Union Brothers and Sisters, took part in a two-hour rally at American Airlines Headquarters. Our message to American Airlines was to “wAAke up!”, and acknowledge the multiple Company-created failures constantly being forced upon our workforce. For those APFA members who were unable to attend this labor event, stay tuned!

On this Labor Day, we reflect back on those before us who stood up for what was right and fair for working-class citizens. Our APFA members have now taken the torch from our founding Union members, and continue the fight each and every day. Today, APFA honors our 27,000+ strong Flight Attendants who are the modern-day workers of our country. Happy Labor Day! 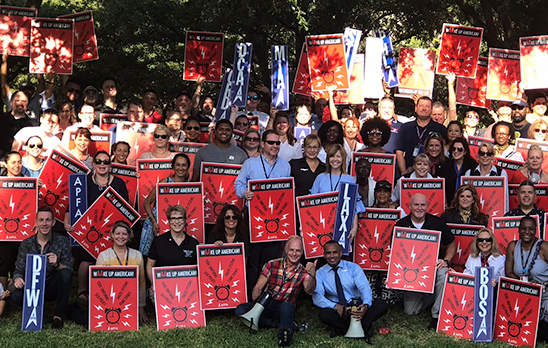 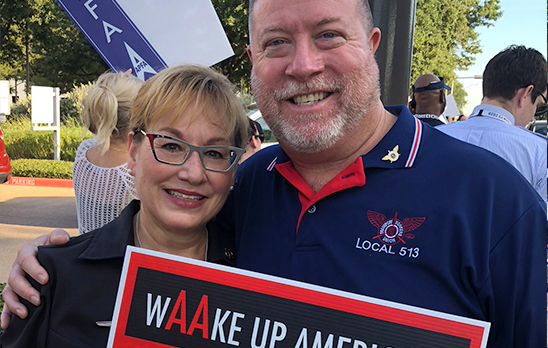