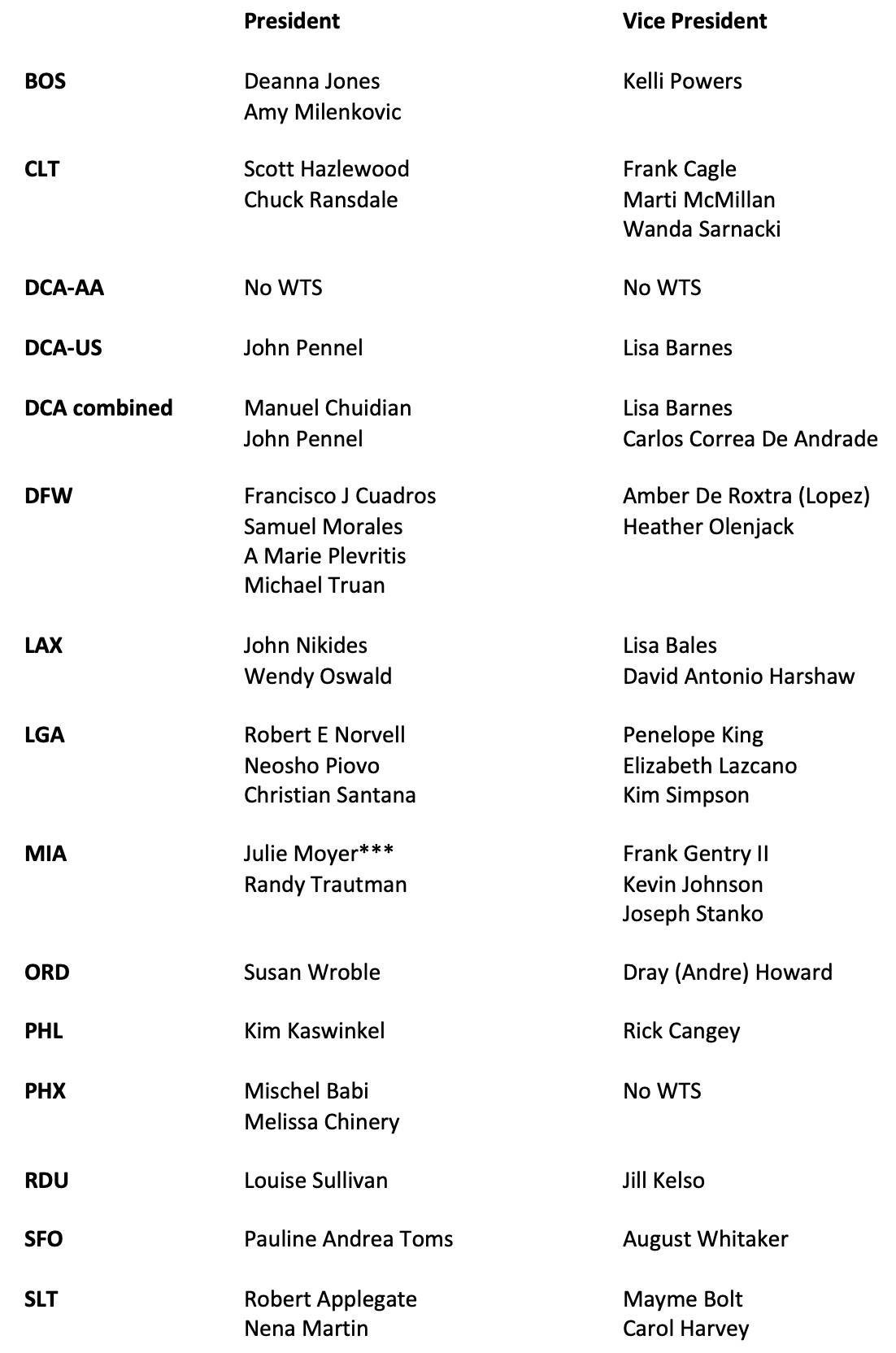 ***There is 1 candidate who was nominated by someone else, Julie Moyer for MIA President.  As of the date and time of this hotline, they have not notified the NBC if they wish to run for office.  They have until 5pm CT on January 10, 2018 to notify the NBC.  At that time, we will put out a hotline notifying the membership.

The following bases will have elections:

Those candidates not in an election are deemed duly elected and will take office on April 1, 2019.  The NBC would like to congratulate those candidates. Those bases and positions that will have an election will have ballots mailed to Flight Attendants at the base on January 28, 2019 and all votes must be mailed in and received by 10:00am CT on February 27, 2019.

Please stay tuned for the Base Council Representative results.