For bidding reserve off days, you start by clicking on the Reserve Tab on the navigation bar. The large calendar on the left side will show the number of reserves which are needed each day according to planning’s calculation.

The Days off Tab is for Lineholders only. If you accidentally bid for reserve days off in this tab, your bid will not be processed. 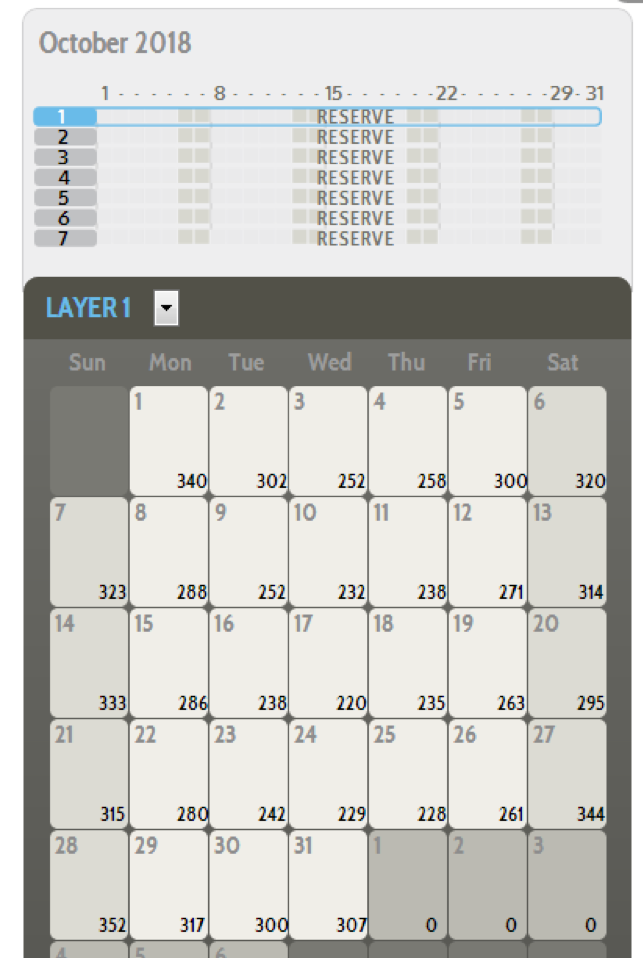 Beginning in June, there will no longer be separate daily reserve counts for speakers. All reserves awards will be processed in seniority order.

When PBS reaches your seniority, before even reading your bid, it creates all legal, possible solutions (reserve patterns) that you could be awarded.  The system considers all planned absences, carry-over days, and the last 6 days from the previous month.