This property allows pairings that originate in different airports within a co-terminal base to be awarded within the same work block. This property is considered a waiver and will be repeated in all subsequent layers (unless Clear Bids is used).

There must always be an intervening rest break between co-terminal pairings; in other words, PBS will not award a double-up with co-terminal pairings. However, using this property with Allow Multiple Pairings permits pairings from co-terminal airports to be awarded on the same calendar day separated by contractual domicile rest plus a forty-five (00:45) minute buffer. 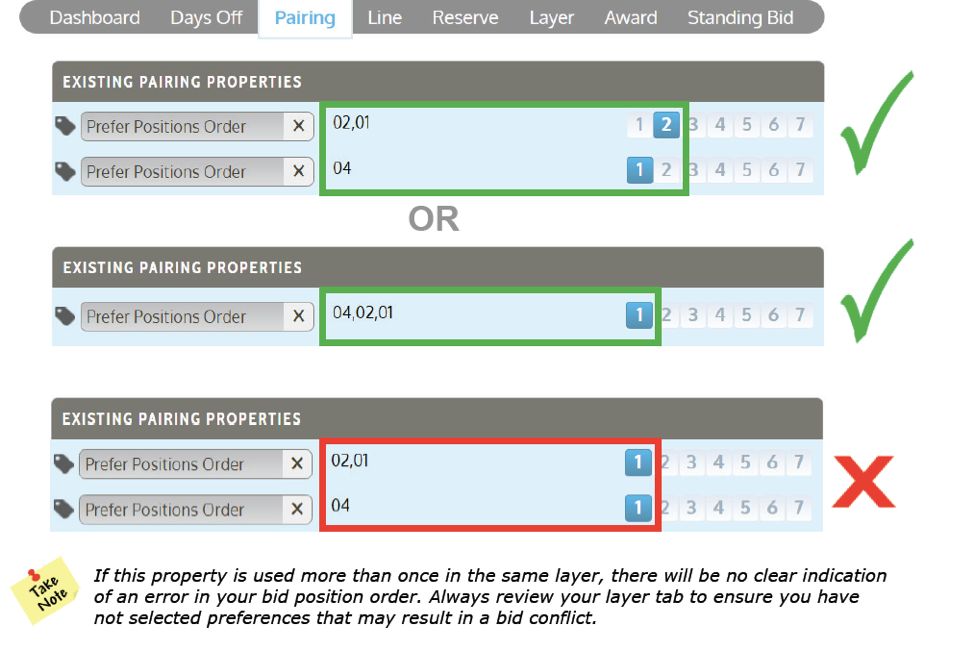 This property does not dictate which pairing will be awarded first. The system will find the pairings that are open at your seniority in your pairing pool, and then look at the position order you have included in your bid. If your preferred order is 04,02,01 the system will consider all pairings equally with any of those positions still available. It does not try to award all of the pairings in position 04 first. The system will award based on all of your pairing and line properties combined, to achieve the greatest satisfaction.However, if a pairing is available with more than one of your desired positions the system will award the highest priority position possible. In other words, PBS will never award the same pairing to you and someone junior to you with the junior flight attendant working a position you desired more. (The only exception to this is if a junior flight attendant is awarded a position on a wide-body aircraft as a required speaker.)