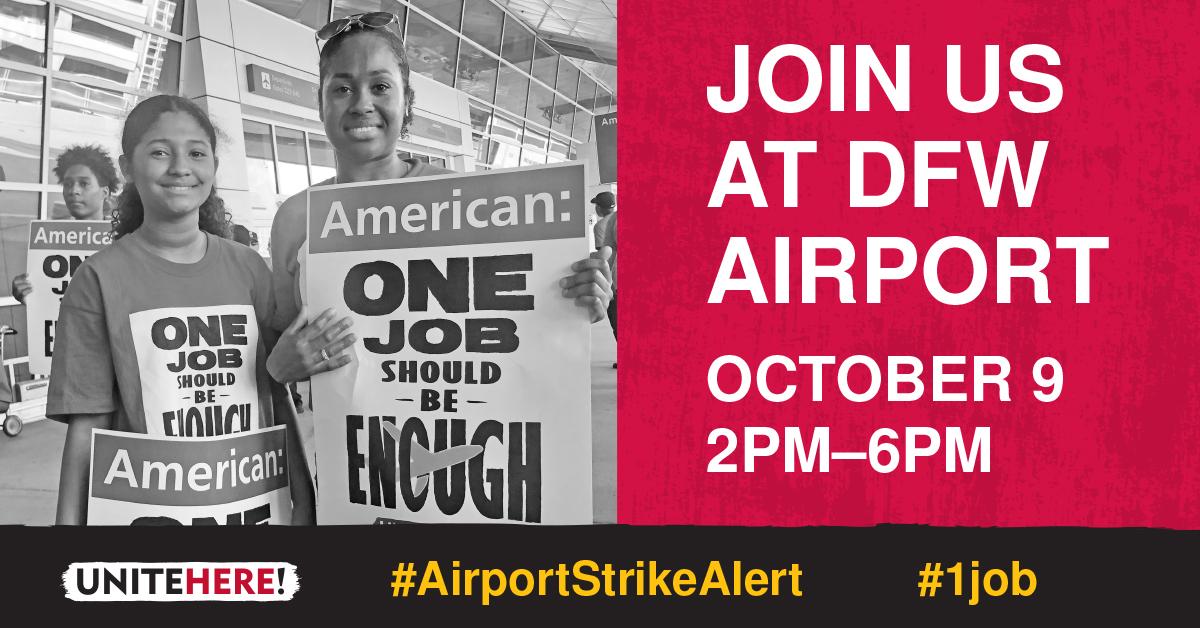 You may recall the huge action UNITE HERE airline catering workers had with hundreds of allies in front of the American Airlines headquarters last month. Their fight is ongoing and they are asking us to show up again.

American Airlines earned $1.9 billion in profits last year, but wages for airline catering workers who prepare and deliver food and beverages for flights departing American’s most profitable hubs, including Dallas, are among the lowest in the country.

Over the course of this summer, 15,000 airline catering workers at 33 airports have voted overwhelmingly to authorize a strike when lawful. These workers, many of them UNITE HERE members who are employed by LSG Sky Chefs and Gate Gourmet, are predominantly immigrants and people of color.

Now, airline catering workers in Dallas are fighting back and asking for our support! On October 9, workers and their allies will gather at Terminal D at DFW to call attention to the injustices that these workers face due to the airline’s greed.

It’s time for American Airlines to take action to end the crisis of poverty wages and unaffordable health care!