This week, APFA filed official comments jointly with the TWU and the IAM regarding the 10-hour rest minimum. The filing discussed the increasing responsibilities of Flight Attendants and the many scientific studies that show how fatigue can impair alertness and response time. Furthermore, our submission made it clear that the intent of Congress, which was to increase our minimum FAR rest to 10 hours, was clear and unambiguous. Finally, the comments debunked many of the arguments that the air carriers have tried to present including scheduling issues, Flight Attendant headcount, IT programming, and alleged cost increases.

APFA’s position remains clear: the DOT needs to implement the 10-hour nonreducible rest immediately. Furthermore, it has now been more than 13 months since the bill was signed into law and there is nothing that prevents American Airlines from doing the right thing before they are forced to by the DOT.

The implementation of the FAA Reauthorization Bill of 2018, and specifically the 10-hour minimum rest regulation, was also a big topic of focus the Coalition of Flight Attendants’ Unions meeting this past week. APFA hosted the meeting in Dallas and the five unions that represent all US-based Flight Attendants were in attendance.

The failure of the DOT to implement the bill in a timely manner was also a major topic at the recent APFA Lobby Day and was discussed with more that 60 House and Senate offices. 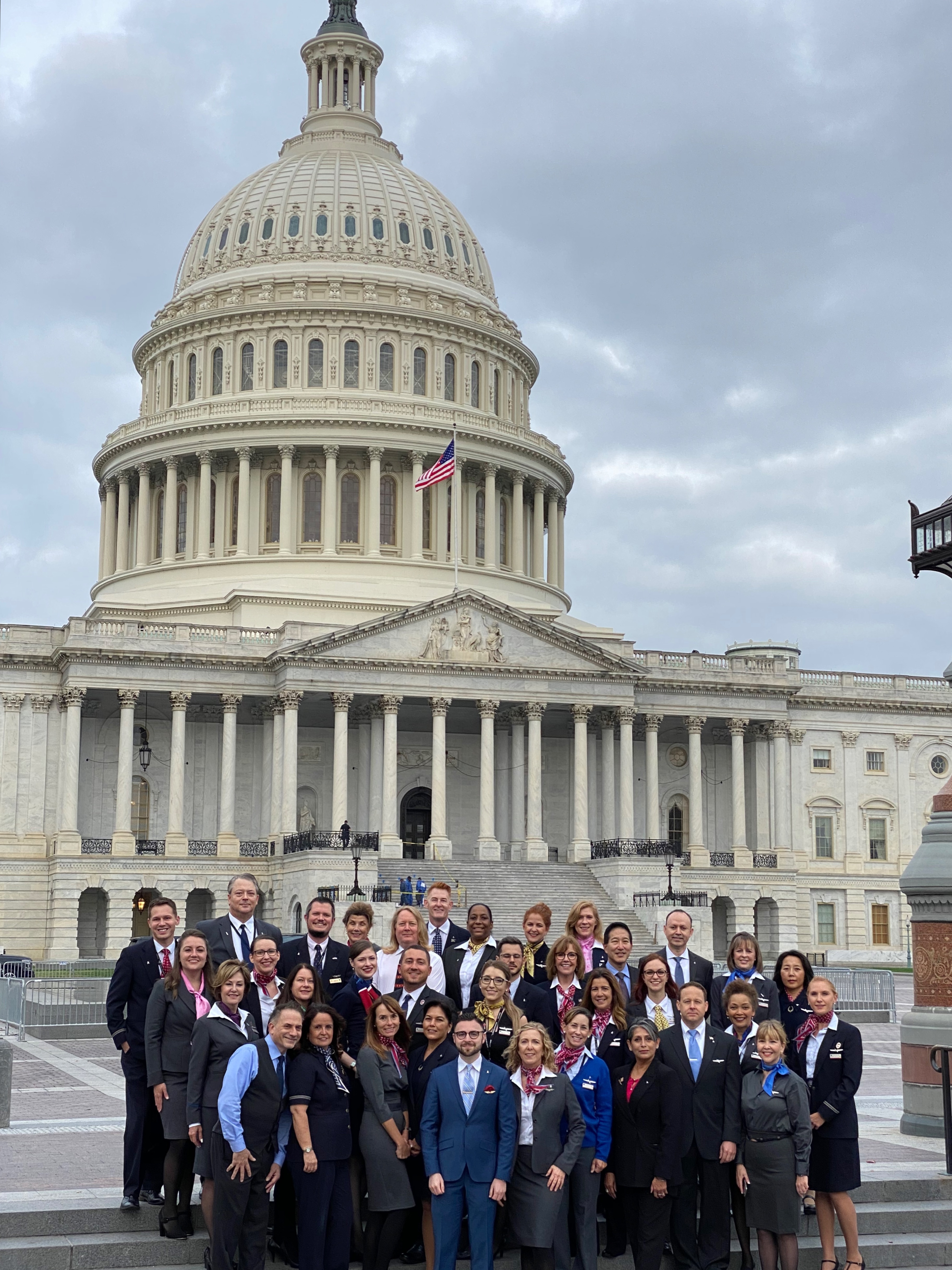