APFA was scheduled to take five cases to Quarterly System Board Arbitration.  The cases involved were – Removal of Discipline (2), Last Live Leg Pay, IOD Pay, and Easter Premium Pay.  All were individual grievances except for the Easter Premium Pay case.  We are happy to announce that all cases were settled with the remedy sought by the Flight Attendant/Union.

To read the Easter Premium Pay settlement letter click the link below. 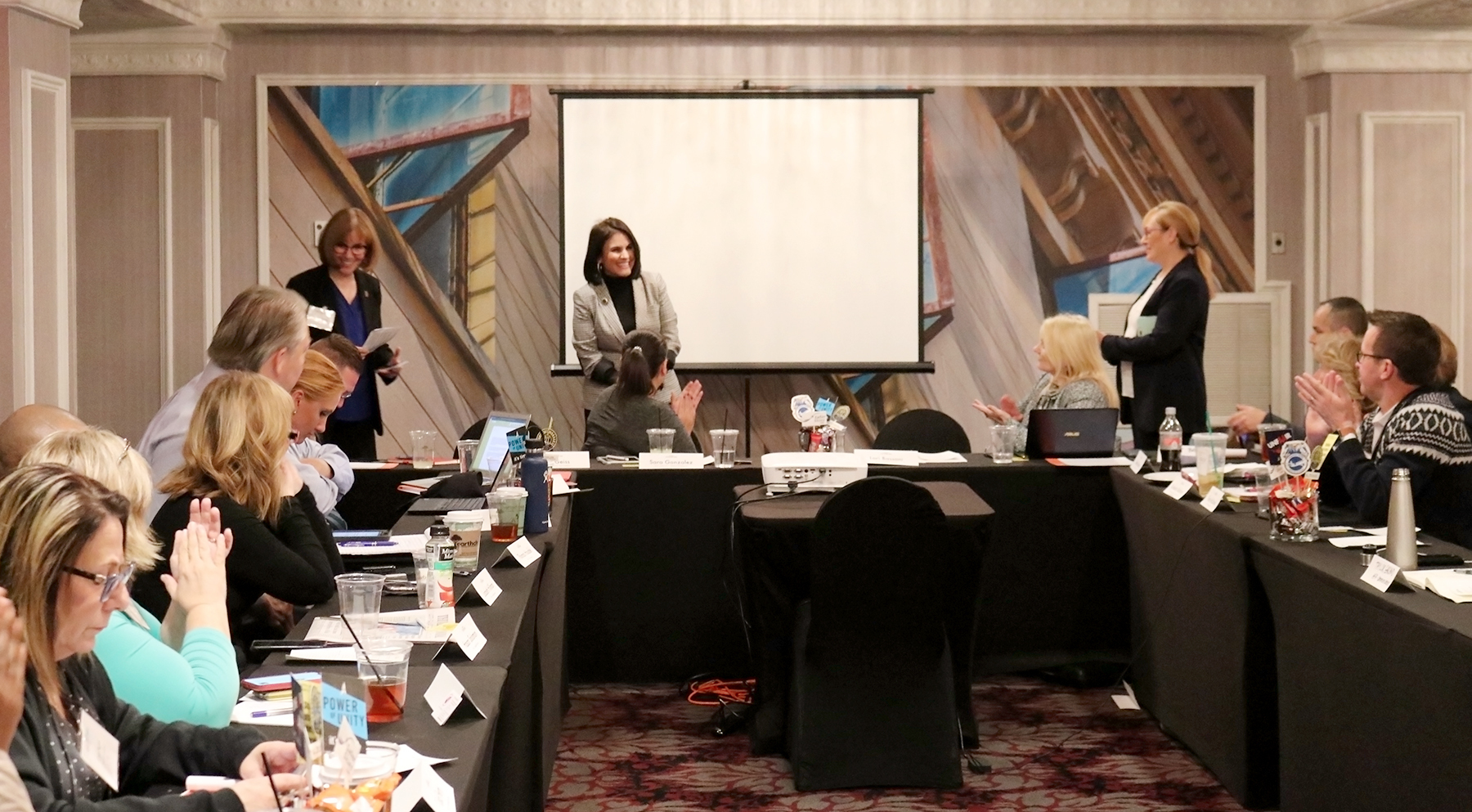 The Coalition of Flight Attendant Unions welcomed Rep. Ana-Maria Ramos in Dallas for their meeting which was hosted by the APFA.

Representative Ramos discussed issues that are important to all working-class Americans, including income inequality, LGBTQ rights, unions, and the critical upcoming 2020 elections.  We appreciate her ongoing support for unions as we continue to work toward securing fair contracts, positive working conditions, safe working environments and continuing the fight for improved wages and benefits. 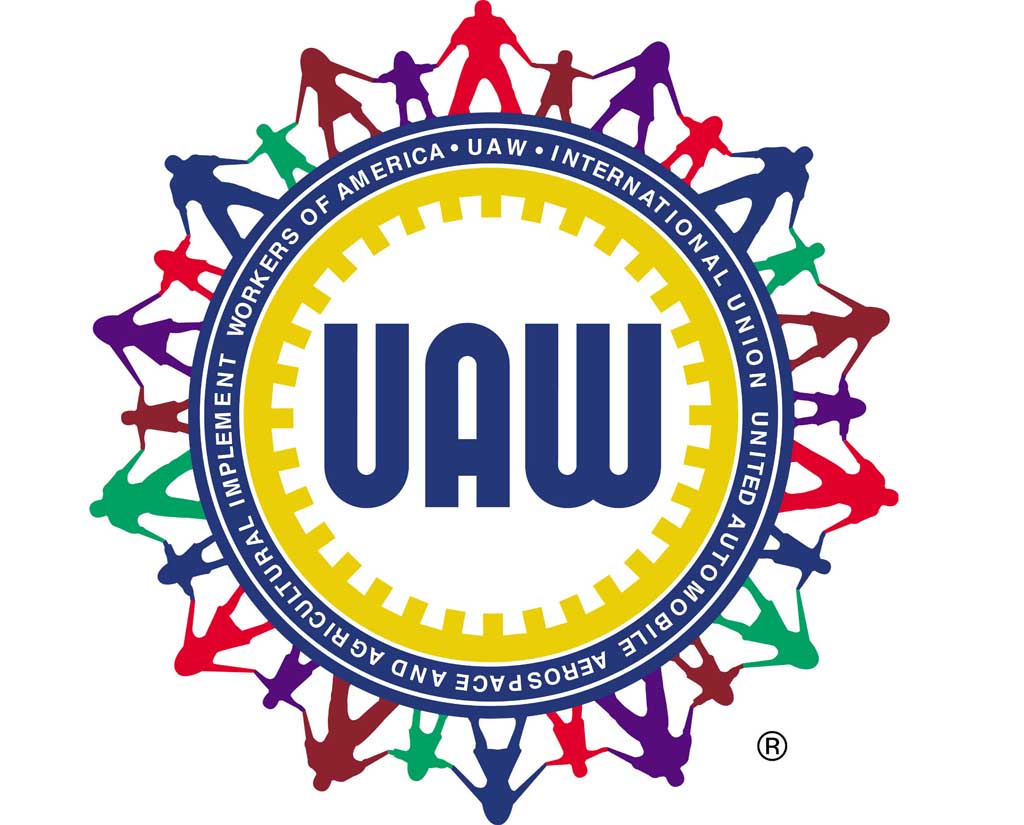 The contract was supported by 56.3% of Ford members who voted, according to the UAW.

The deal requires Ford to invest more than $6 billion in its U.S. manufacturing operations and create or retain 8,500 U.S. jobs, while also allowing the automaker to close an engine plant in Michigan.

“In transportation, the number one priority is safety. That means not only getting the traveling public to their destination safely, but also ensuring their safety throughout the trip,” said Chairman DeFazio. “Unfortunately, sexual assault and harassment occurs all too often to the employees of transportation providers and individuals who are traveling, and more must be done to protect them.”

“Sexual harassment and assault are unacceptable anywhere and under any circumstances. In aviation, where Flight Attendants are responsible for the safety of passengers, any type of sexual assault or harassment must be reported, and when appropriate, prosecuted. Passengers and crewmembers alike deserve this protection. We urge the prompt consideration and passage of this common-sense bill. Chairman DeFazio has been a longtime champion of the Flight Attendant profession and we deeply appreciate his action on this issue.” -Lori Bassani, Association of Professional Flight Attendants (APFA) National President

On Friday, APFA endorsed this bipartisan legislation introduced by Chairman Rick Larsen that would establish a series of Department of Transportation public service announcement campaigns to: 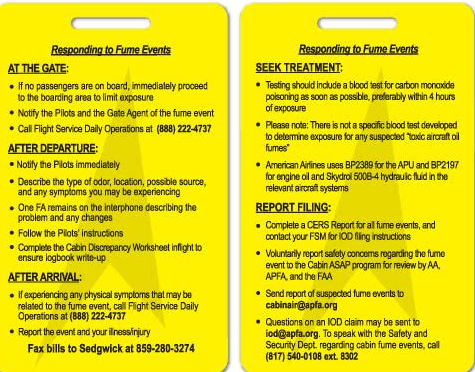 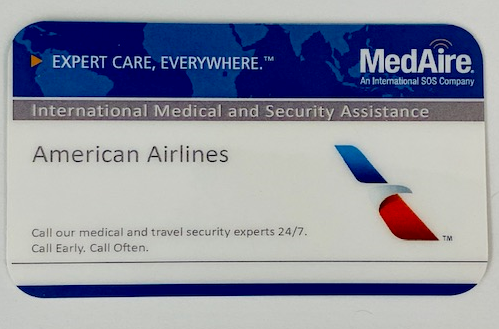 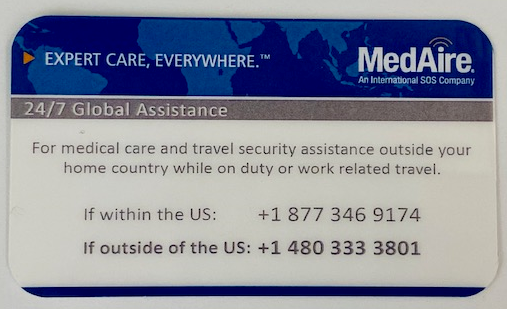 MedAire will assist Flight Attendants involved in a smoke/odor/fume event, whether it’s domestically or internationally. If you experience symptoms due to a SOF event, you can now contact MedAire to speak with an ER physician for medical advice and a recommended course of action. MedAire Crew support can be reached 24 hours a day at 877-346-9174 or 480-333-3801.

Remember to complete a Cabin Discrepancy Worksheet and give a copy to the flight deck.

The  Statutory Waiting Period is when an injured Flight Attendant has to be off work and is considered eligible for workers’ compensation pay.

The waiting period is determined by state law and varies from state-to-state and begins when the Flight Attendant is removed from work by a physician for a compensable injury.

The new mobileCCI was automatically pushed to your FA tablet.
To download the new mobileCCI on your personal devices, visit the Flight Service website and click on Tools.
This feature can only be used for sequences already in FOS and will not look up hotels of sequences on the bidsheet.

Read about the Mobile Passport Plus benefits, discount, and set up instructions

As of today, there have been 5,128 Flight Attendants who have filed uniform reaction reports.