June is Pride Month – a time to recognize and honor the continuing march towards equality, while celebrating diversity and promoting inclusivity in our community. From the Stonewall uprising in June of 1969 to the recent Supreme Court ruling barring discrimination against lesbian, gay, bisexual, transgender, and queer people in Title VII of the Civil Rights Act of 1964, the march for equal opportunity and equal justice moves forward. 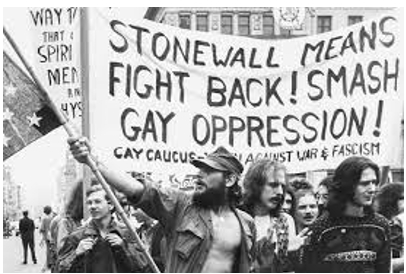 A Profile in Courage: Barbara Gittings

Even before the Stonewall uprising of 1969, LGBTQ+ activists were fighting for increased openness and visibility. One of those activists was Barbara Gittings, a woman who brought injustice and discrimination to the forefront. Gittings began to speak out about inequality in the 1950s, a time when homosexuality was shrouded in secrecy, silence and shame. She is credited with starting the first lesbian publication, The Ladder, in the 1960s.

Gittings held a front-row seat to the demonstrations for equality in the ’60s, picketing in Washington, D.C, and Independence Hall in her hometown of Philadelphia, PA. From 1965-1969, Gittings helped organize the first demonstrations for gay and lesbian equality, known as the Annual Reminder, which took place each July 4th in front of Philadelphia’s Independence Hall. Picketing signs from these demonstrations are housed in the Smithsonian Institution in Washington, D.C., along with copies of The Ladder. 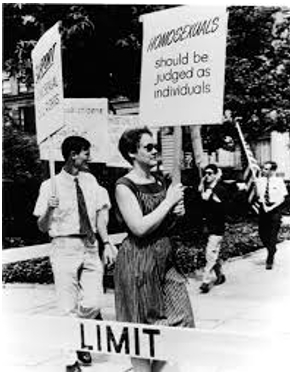 Continuing her work towards equality and recognition of the gay community, Gittings played a leading role in the removal of homosexuality as a mental illness diagnosis from the American Psychiatric Association’s (APA) second edition of the Diagnostic and Statistical Manual in 1973.

Gittings, alongside Frank Kameny and other prominent activists, were given their own panels at the APA’s meetings in the early ’70s, and those conversations, along with the growing support of medical literature, lead to the eventual removal of the homosexual mental illness diagnosis.

In 1973, Gittings was instrumental in the formation of the National Gay and Lesbian Task Force (NGLTF) and was the recipient of the first ‘Barbara Gittings Award’ from the Gay and Lesbian Alliance Against Defamation (GLAAD). Gittings passed away in 2007 at the age of 74, after a long battle with breast cancer. Gittings’ contributions in the fight for equality and words of wisdom will live on, and we honor her legacy and bravery as we continue the fight for equality. 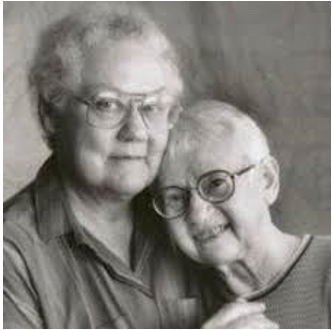 “Equality means more than passing laws. The struggle is really won in the hearts and minds of the community, where it really counts.” ~ Barbara Gittings</strong