Fight for Our Jobs – Extend the PSP – Now or Never

This week is critical for aviation workers. We need Congress to negotiate and pass a stimulus bill, and we need an extension of the Payroll Support Program (PSP) to be included with the bill. Without the PSP, furloughs are likely. Time is running out—Congress must agree on the stimulus package before the Senate adjourns and leaves Washington at the end of the week.

Two hundred twenty-three (223) members in the House of Representatives, from both sides of the aisle, support a six-month extension. Now, we must pressure the Senate to extend this vital program through March 31, 2021.

Below is a list of our United States Senators—you elected them, and they represent you. We must contact all of them today. Your two calls are critical.

“Hello, I am a Flight Attendant and a constituent calling to ask my Senator to save my job and thousands of other aviation jobs. A majority of Representatives in the House, from both sides of the aisle, support an extension of the CARES Act aviation Payroll Support Program. This program has been my lifeline, but if Congress does not extend it now, hundreds of thousands of aviation workers will likely lose their jobs in October. Timing is critical. This has to be negotiated and passed before the August recess to avoid the October layoffs. Please support a clean extension of the aviation Payroll Support Program and ensure it is part of the negotiations. I am counting on you.” 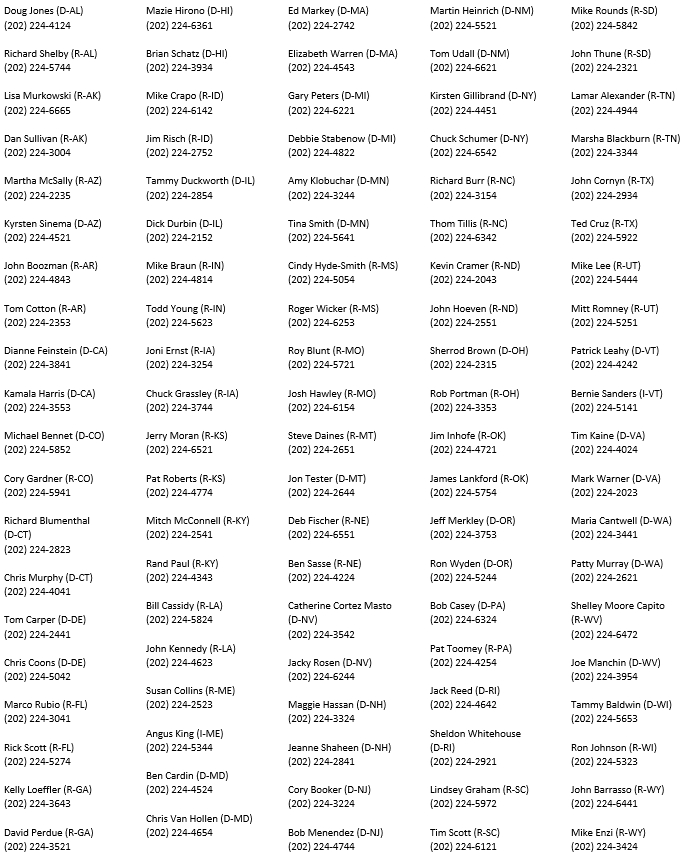