Every Call Matters – Keep It Up

Your calls and messages have elevated the importance of protecting aviation jobs by extending the Payroll Support Program for six more months.

Last week, a bipartisan majority of House members signed onto a letter in support of this critical extension that would save our jobs.

Yesterday afternoon, 16 Republican Senators came out in support of the PSP extension. With this addition, there is over a 60-vote majority in the Senate in support. The letter was sent to Senate Leaders Mitch McConnell and Chuck Schumer. This is big news, great progress, and a testament to everyone’s hard work.

Negotiations on the next stimulus bill are ongoing, so keep it up! Did your two Senators sign this letter in support of the extension? Make your calls – thank them or demand an explanation. We can’t let up the pressure now!

“Hello, I am a Flight Attendant and a constituent calling to ask my Senator to save my job and thousands of other aviation jobs. A majority of Representatives in the House, from both sides of the aisle, support an extension of the aviation Payroll Support Program. This program has been my lifeline, but if Congress does not extend it now, hundreds of thousands of aviation workers will likely lose their jobs in October. Timing is critical. This has to be passed NOW to avoid the October layoffs. Please support a clean extension of the aviation Payroll Support Program and ensure it is part of final COVID-19 relief package. We are counting on you.” 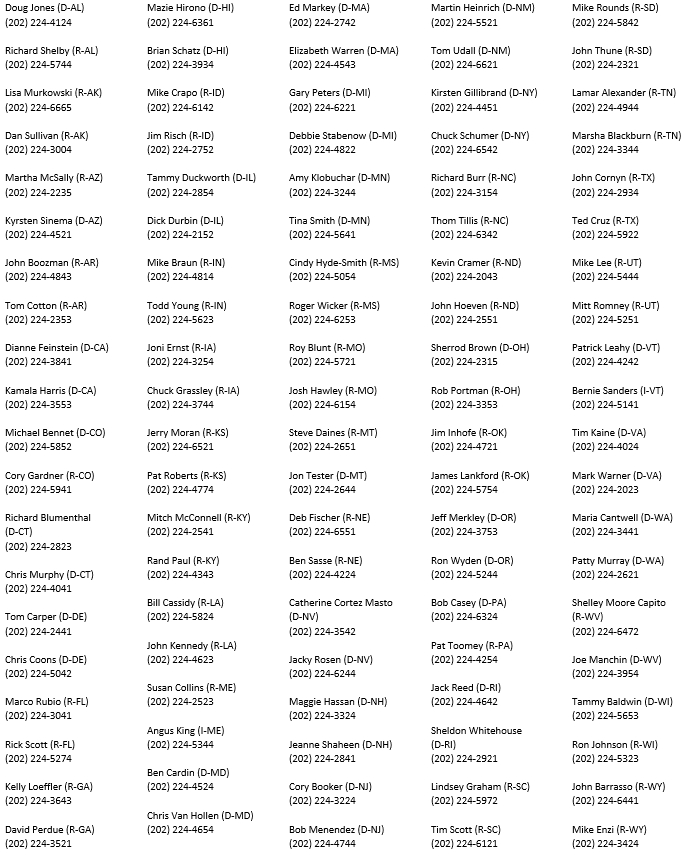 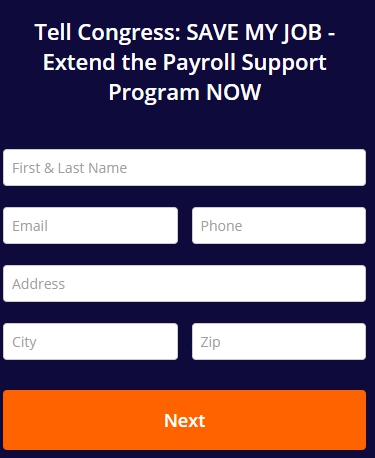