Today, we remember the victims of the terrorist attacks on September 11, 2001. While some of the normal remembrance ceremonies this year were either paused, abbreviated, or conducted virtually, APFA members and leaders were able to attend ceremonies in Grapevine, TX, and New York, NY.

Yesterday, the 9/11 Memorial & Museum offered APFA the opportunity to conduct a wreath-laying ceremony at the North Pool at 6:30pm. APFA members, along with National and Local Base leadership were in attendance. 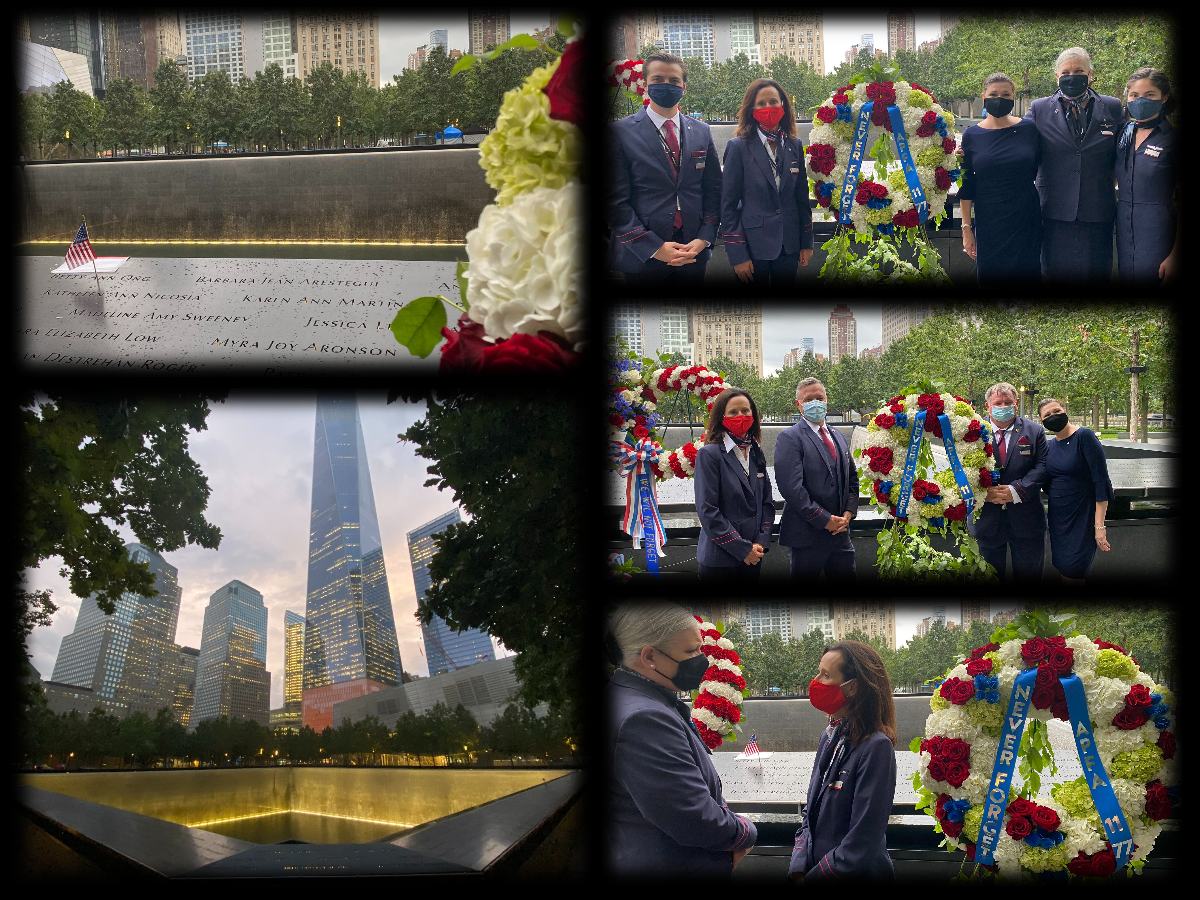 This year, the ceremony at the 9/11 Flight Crew Memorial in Grapevine, TX was held virtually, and began at 7:40am. Some APFA members and leaders were able to attend to present a wreath to honor and remember all those who perished 19 years ago. 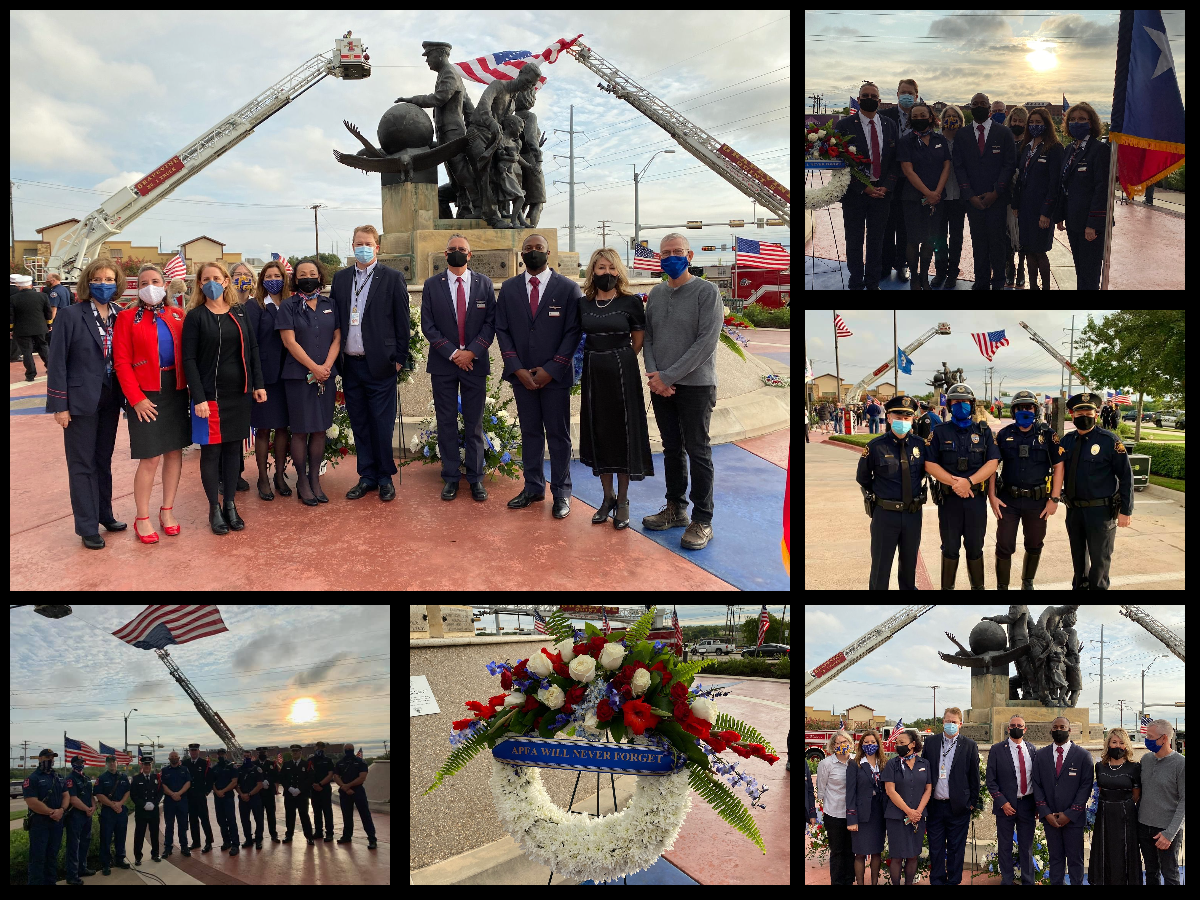 This morning, an abbreviated ceremony was held at the 9/11 Memorial & Museum in New York City to honor the victims and first responders. 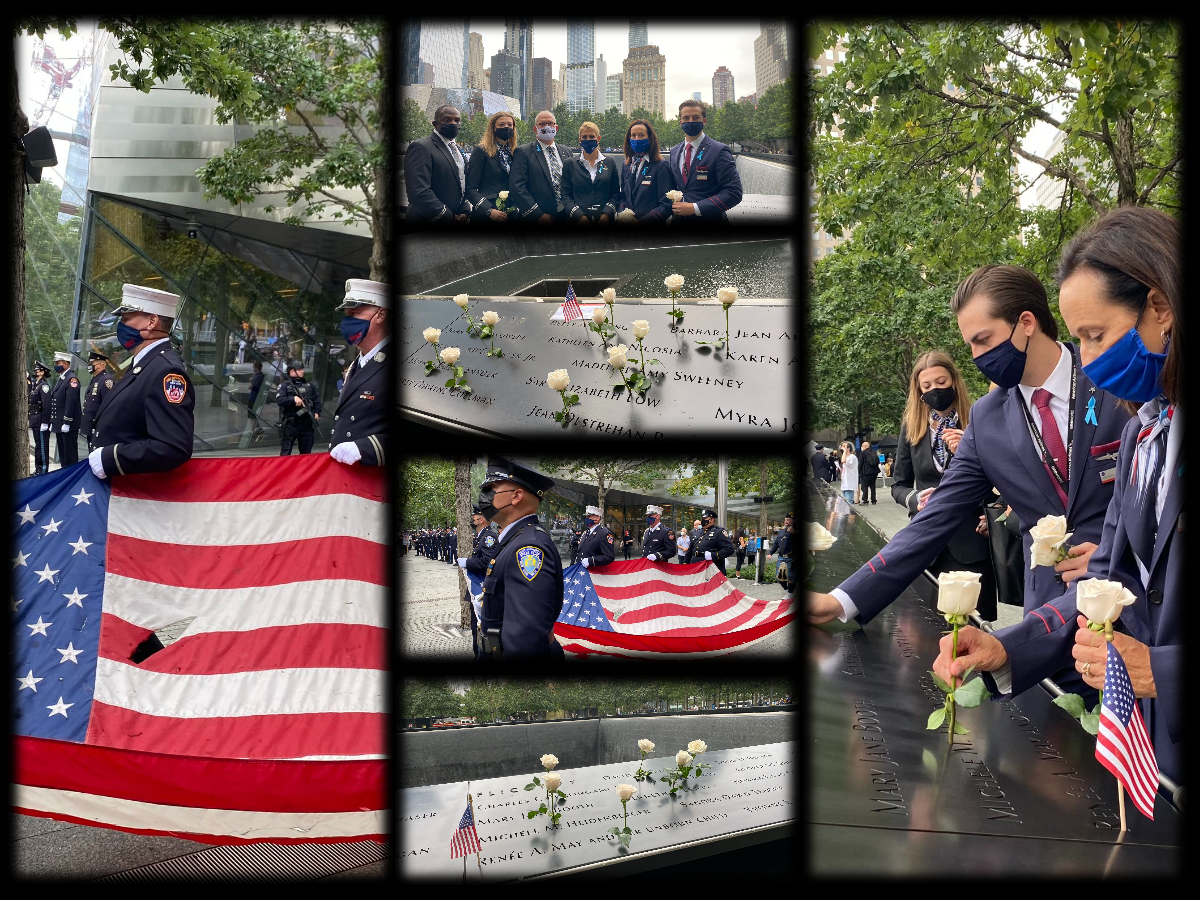 Twenty-five Flight Attendants, eight Pilots, and additional active and retired members of the American Airlines and United Airlines families died on September 11th. We honor them today, and every day, along with the heroic first responders who risked their lives without hesitation.

We will never forget.