Twenty-Seven Years Later: Looking Back at the
AA Flight Attendant Strike of 1993

Twenty-seven years ago, APFA Flight Attendants led one of the most successful airline industry strikes. Nearly 21,000 Flight Attendants walked off the job in solidarity for a fair Contract, just days before the busy Thanksgiving travel holiday.

Early on the morning of November 18th, Flight Attendants walked off airplanes. Thousands of uniformed crew members watched from picket lines on the ground as our aircraft took off, carrying nothing more than cargo for five days.

In 1993, the LA Times provided the following insight as to how the five-day strike finally ended: 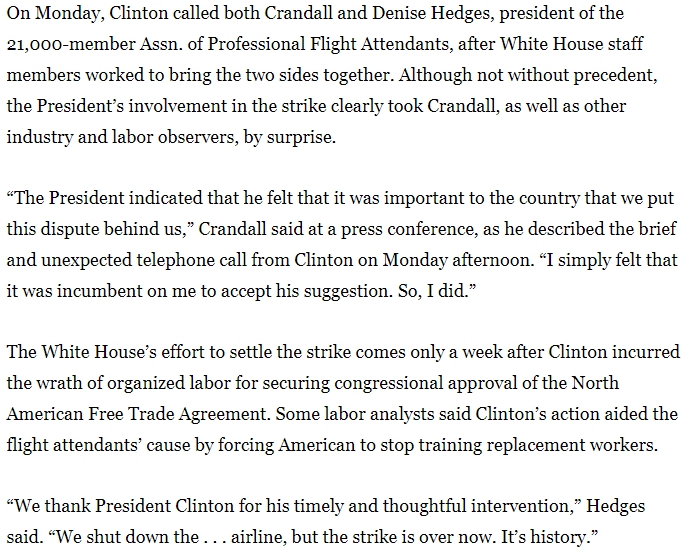 In the end, the walkout disrupted holiday travel plans for over 200,000 travelers each day. Passengers were able to travel on fewer than half of the scheduled flights.

APFA’s historic strike proved that there is strength in Unity. APFA’s strike of 1993, along with the TWA Flight Attendant strike which began in March of 1986, showcased the strength and perseverance of Unionized Flight Attendants, and the willingness to stand up to corporate greed. 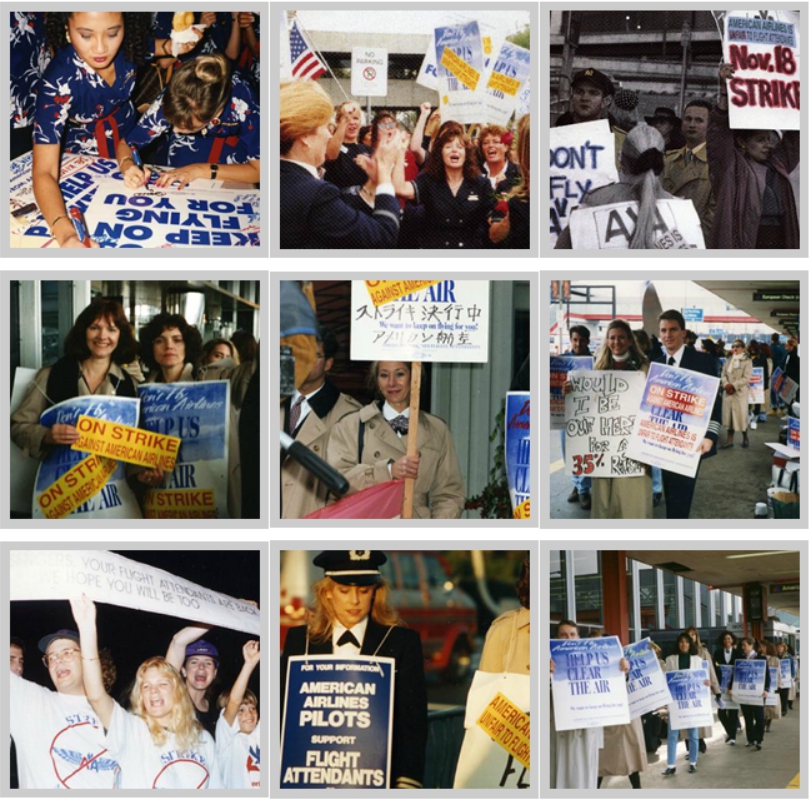