Our January allocations are a slight improvement over what we have seen in October and November but do not get too excited; they still are not great. The Company did not mix wide-body and narrow-body flying for January. Additionally, we do not have as many DFW and ORD turns as we have had. PHL will not have any IPD flying, and our sit times are still high.

We had our staffing call, which was not too surprising. January is historically a higher reserve number month to protect the first week. With the furloughs, the leaves, and rotation, PHL will see reserve for January back to June of 1987. 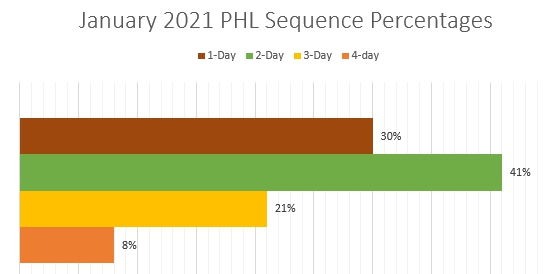 Below are the preliminary numbers for January: