System-wide synthetic time increased to 6.5% because of fewer frequencies and trips not operating on Tuesdays and Saturdays. This also results in certain sequences being longer in duration because the plane may not return to the hub cities on those days or operating on certain banks of flying.

There seemed to be more four-leg turns for January in and out of HAV and CUN. I asked the Company to split these apart because they are not very popular and will be difficult to cover if they end up in open time.

There will be a 6% increase in the number turns compared to December. 2-day trips will remain about the same, 3 and 4-day trips will decrease marginally. The Company will not mix the wide- body flying with narrow-body which occurred in December.

In February, GRU will have the 38-hour layover, and GIG will be built as a Rocket. No word yet on when the Europe flying will return. The Company indicated they will let us know when Network Planning plans to resume service to Europe. I will update you as soon as I have any information. LAX will have a daily round trip 2-day Transcon on the 777-300, with a day flight each day. The 777-200 will operate daily turns to DFW and JFK.

I have been advised by the APFA Hotel Department that not all hotels are interested in our business which makes it difficult to find suitable hotels. I have received several complaints about various locations and will continue to address your concerns through the proper channels. Also please check your tablet before your trip as many hotels have stringent COVID restrictions and must adhere to Country regulations.

Flying has increased by about 2% from December, but still down 48.8% year over year. Reserve went up 29 heads from December due to anticipated coverage issues associated with the first week in January. 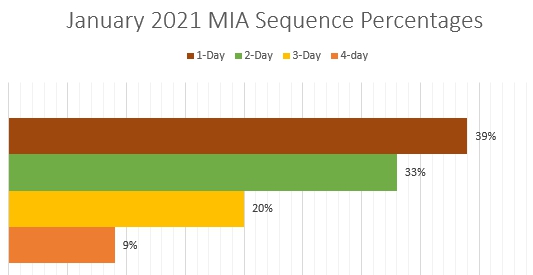