Our February allocations have some improvements over what we have seen in the past several months. We still do not have any IPD flying, and we will still see three (3) plus hours of sit time between flights. We continue to advocate for fewer legs per duty period and reduce sit time.

We also had our staffing call, which was in line with what we expected. February is an odd month. In general, it is in the middle of the holiday season and spring break. We were advised there is a schedule change after February 11th, and most of the flying is bottom-heavy in the month.

Here is the staffing and allocations information:

The system line average is projected at 80.8 hours for February 2021. The Reserve percentage systemwide is 16.3%.

Last February, the system line average was 77.0 hours, and the Reserve percentage was 16.3%. 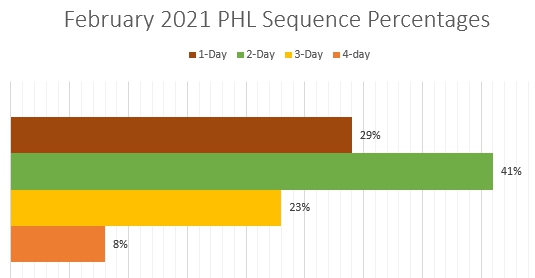 Here are the preliminary numbers for February: