At 11:59pm on March 6, 1986, almost 6,000 Flight Attendants at Trans World Airlines, then represented by the Independent Federation of Flight Attendants (IFFA), initiated a strike against the airline, with upwards of 98% member participation. The strike was a result of the breakdown in talks involving steep wage and work rule concessions proposed by Carl Icahn, who became Chairman of the company in August of 1985. 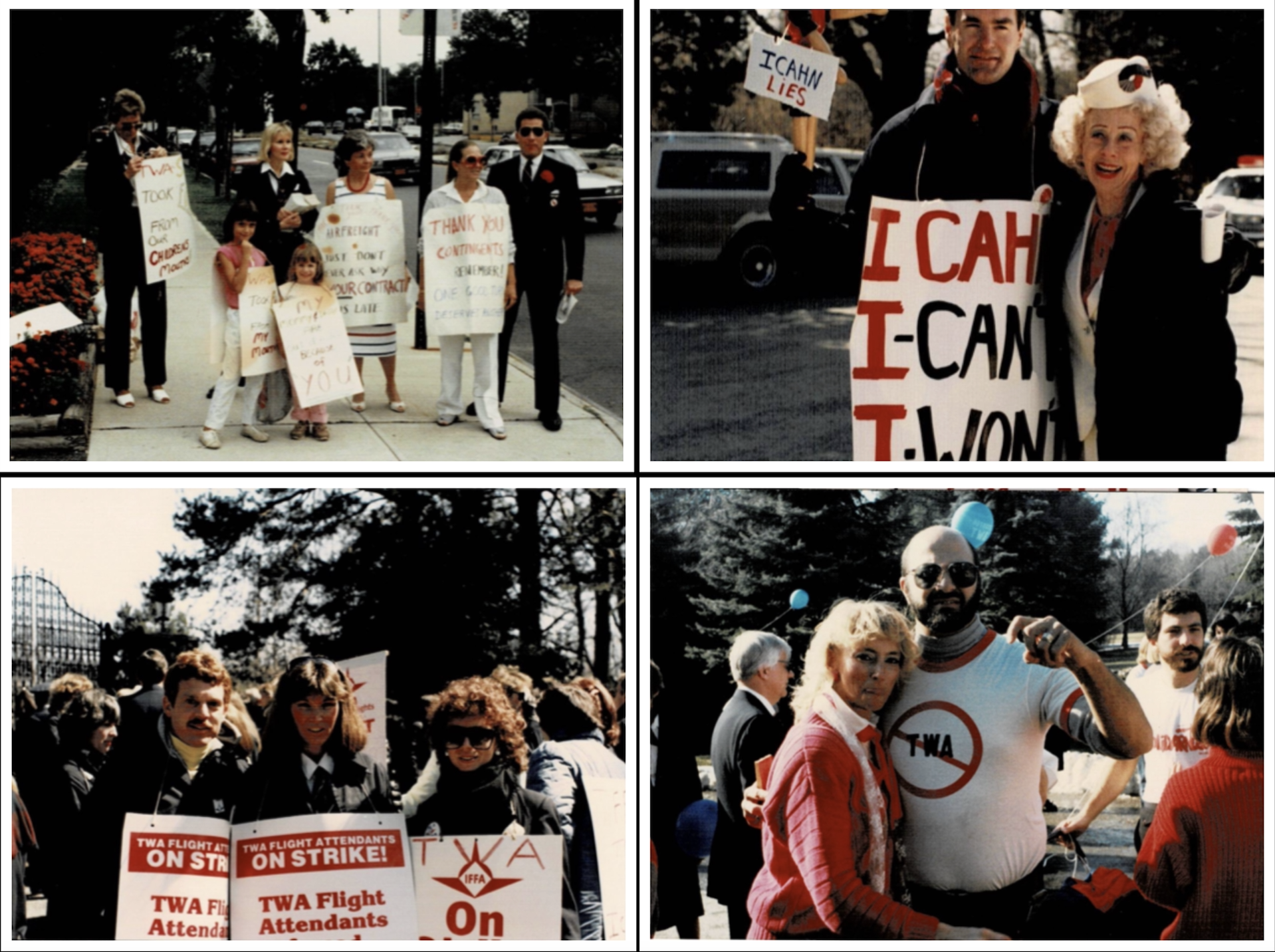 At the time, all TWA unionized employees were facing concessionary talks, but one employee group in particular was being asked for a higher percentage of cuts. The Flight Attendants, a group of which were 85% female, were being asked for a larger slice of the concessionary pie, because of the view that their incomes were ‘secondary’. They were not considered the ‘breadwinners’ of their family. Proposed Flight Attendant cuts included an approximate 22% cut in wages along with a 22% cut in work rules, providing an annual savings of $110 million for TWA. By contrast, the Union-represented mechanics, comprised of mostly male employees, were asked for a 15% concessionary package totaling $49 million per year, and were offered a snapback provision to recoup their losses. 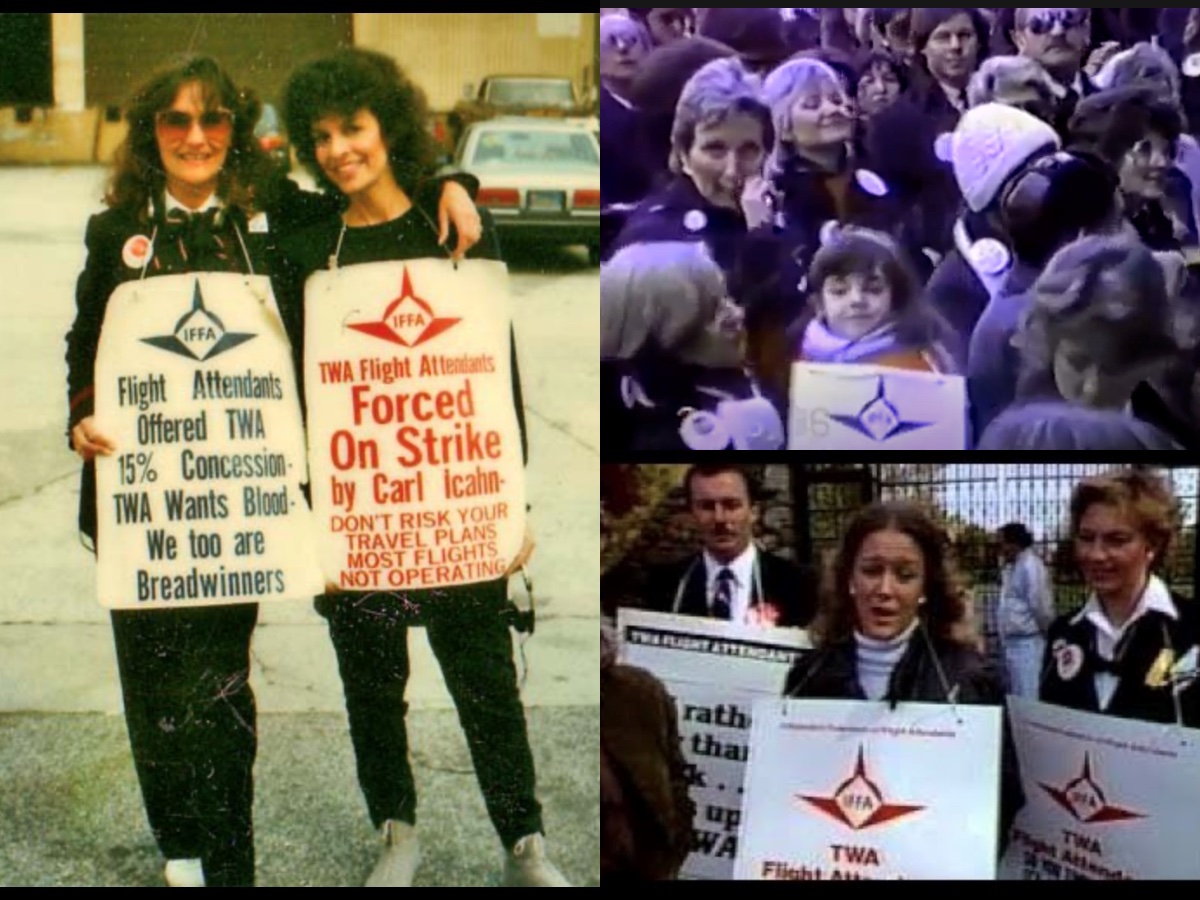 The airline quickly hired and maintained replacement Flight Attendants with meager pay, benefits, and training, and it took upwards of three years for all of the striking Flight Attendants to be offered a return to work. 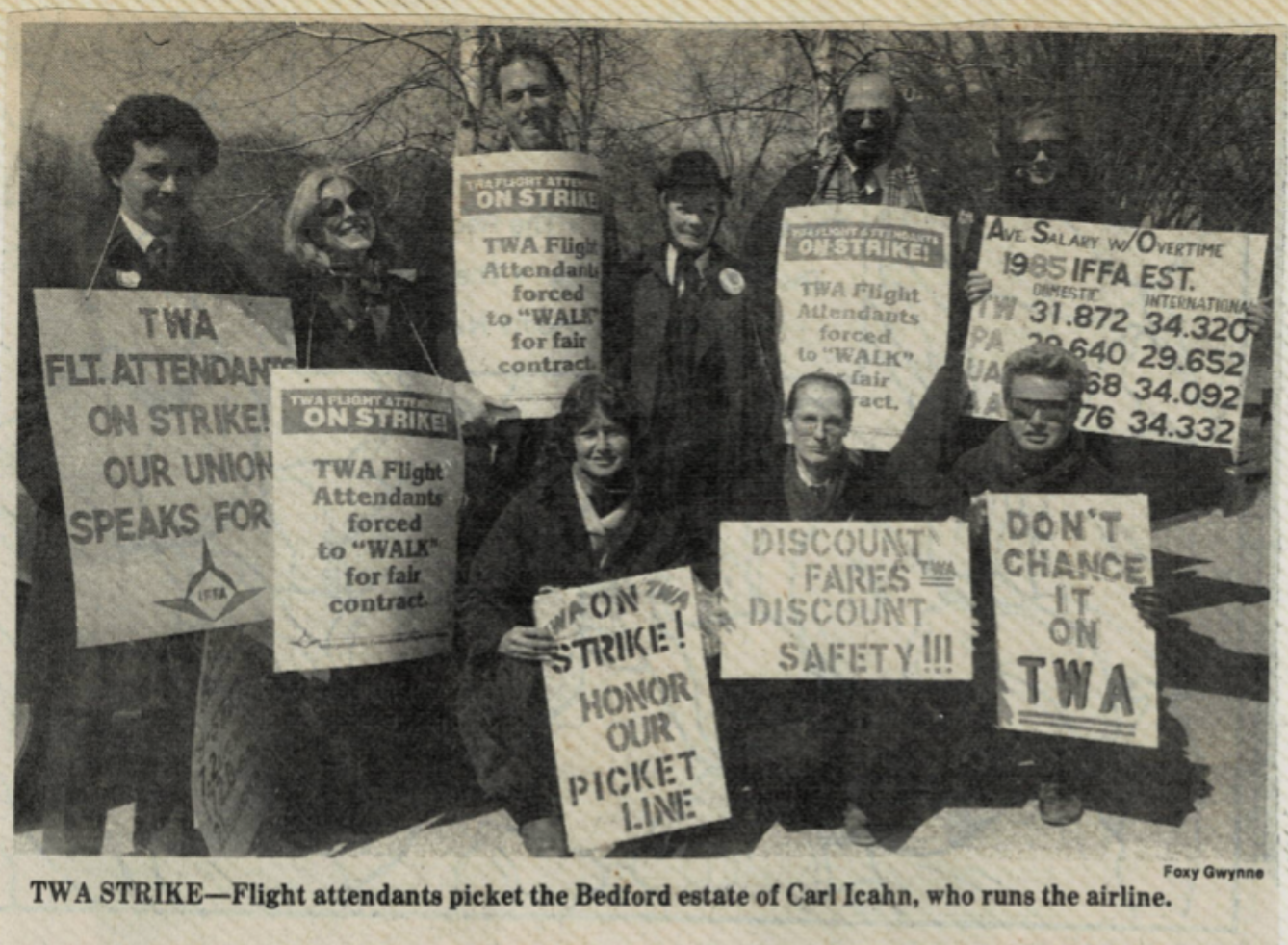 We remember the painful struggles of the tenacious, trailblazing TWA strikers and the personal and financial hardships they endured as they stood up to corporate raiding, sexism, and age discrimination.