We are happy to report PHL will be operating the six-day LHR/SEA trip. This trip will depart daily, and operate on a 777. It replaces our three-day LHR trip. This trip does not have a home, and it can move between bases. Other bases have already had an opportunity to fly this trip. We are happy to be the home for it in August. Does this mean we will have it in the future? We have been told they will move it to whatever base makes sense and as a way to add block hours to a base should they need it. We will also start ATH daily on the 787 beginning August 17th. We will continue our DUB and AMS daily service.

Across the network, there is a reduction in block hours, specifically the second half of August. The sit times are a bit higher than we have seen in the last couple of months. This is due to the pull-down of flying and reduction in banks in some hubs. We do have a good mix of one-, two-, three-, and a slight increase in four-day trips. There is a good variety of red-eyes, both with the long layover and the stand-up, or pink eye, as some call them. 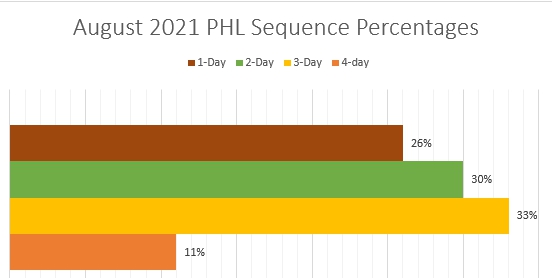