Your APFA leadership has made the unanimous decision not to participate in the allocations call this month. For several months now, we have continued to speak to the need for shorter duty days and longer rest. We have complained about long sit times, five-leg days followed by minimum rest, eleven plus hour duty days followed by ten hours layover followed by another eleven-hour duty day, and the lack of commutable trips. All have fallen on deaf ears.

American is programming the optimizer to maximum productivity, which doesn’t work well when you have weather delays, staffing issues, and rising COVID-19 exposures. Add to that the mask compliance issues, unruly and disruptive passenger situations, hot aircraft, hundreds of Flight Attendants trying to commute with oversold flights, and you end up exactly where we are today.

PHL will be operating the six-day LHR/SEA trip again in September. As a reminder, this trip does not have a home, and the company will move it to whatever base makes sense and use it to add additional block hours to a base that needs it. FCO will start on September 9th and will operate four times a week. AMS, ATH, and DUB are still operating daily.

The system line average is projected at 78.3; the reserve percentage systemwide is down to 16.2% from 19.6% in August. 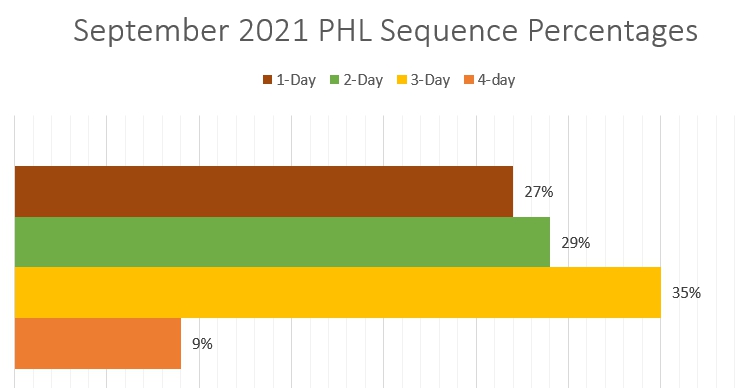