In October 2001, recovery workers continued to sift through the wreckage and deadly ash left behind by the collapse of the World Trade Center towers. As they continued their arduous work, they came across a twisted and burnt tree stump protruding from the ground with faint green leaves hanging on to the end of its fragile branches.

Recovery workers decided to try and save the tree. It was soon uprooted and placed into the New York City Parks and Recreation care, and soon after, the Arthur Ross Nursery in Van Cortlandt Park, Bronx, NY. No one thought it would survive, including the tree specialists- there was just too much damage. But those few green leaves sprouting from its weak branches would tell another story. A story of survival amid all the destruction.

After several years of rehabilitation, this Callery Pear tree was returned in 2010 and replanted near the South Pool at the 9/11 Memorial Plaza. It became known as the Survivor Tree, a symbol of endurance, resilience, and most of all, hope. Click below for a short video on the history of the 9/11 Survivor Tree: 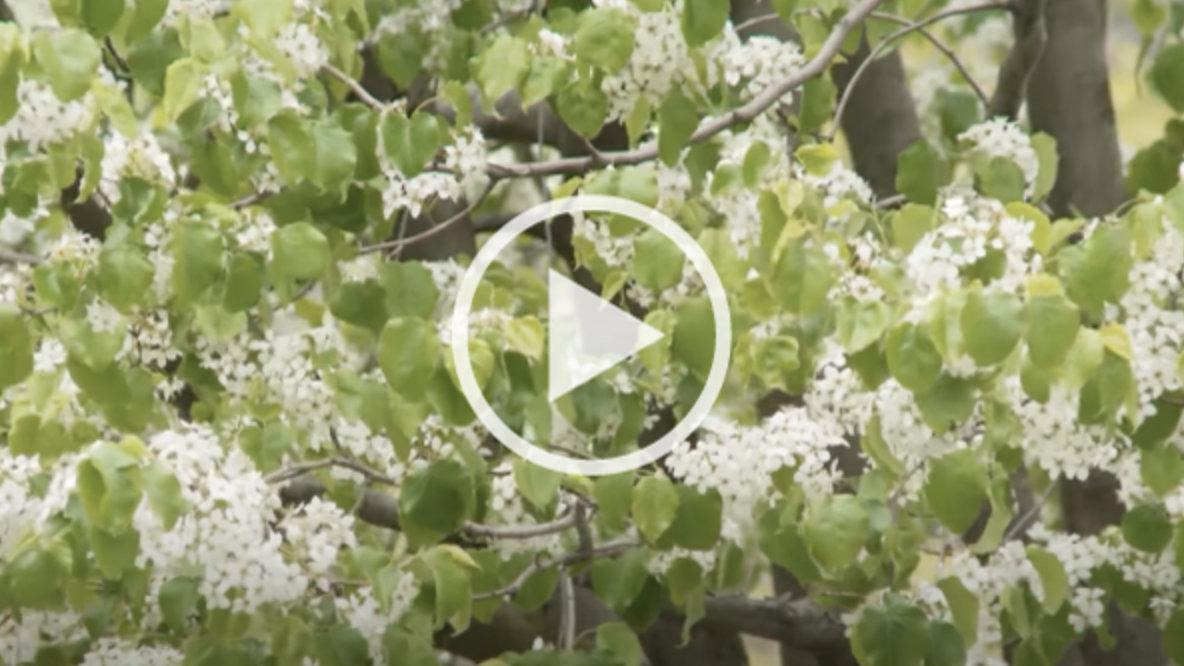 In 2019, after the 9/11 wreath-laying ceremony at the 9/11 Memorial and Museum, APFA Leadership was informed by museum staff about a program to which APFA could apply to receive a seedling from the 9/11 Survivor Tree. The seedling’s origins began in 2013 when the museum, Bartlett Tree Experts, and the NYC Board of Education donated fruit from the Survivor Tree to the students at John Bowne High School in Flushing, Queens. The John Bowne Agriculture Program began in 1917 and has been recognized nationally for its outstanding urban agricultural education department. The Survivor Tree Project would be a way to teach the students about agriculture and the history of 9/11. Today there are over 450 descendants of the Survivor Tree that have been cared for by these students.

Many of the seedlings have been donated to sites worldwide that were affected by tragedy or natural disasters. The City of Boston, MA, received a seedling in memory of those killed during the 2013 Boston Marathon bombing. Paris, France, and Madrid, Spain have received seedlings in memory of those lost during terrorist attacks, as well as Orlando, FL, to commemorate the 2016 Pulse nightclub shootings. Seedlings have also been shared with Joplin, MO, devastated by tornadoes in 2011, Las Vegas, NV to remember the 2017 shootings and most New York City firehouses.

APFA applied for and received a seedling to be planted at APFA Headquarters. Because of shipping and planting delays due to the COVID-19 pandemic, the seedling now stands at over seven feet tall. American Airlines has graciously offered to pick up the seedling at the John Bowne High School and transport it to APFA Headquarters.

Special thanks to Bartlett/Alpine Tree Experts of Southlake, TX, for donating their time to help give this seedling a permanent home. We look forward to sharing this ceremony with APFA and other Union members, Police, Fire, and American Airlines employees from both the DFW area and systemwide.