What does it mean to be an Activist? Simply put, it is a practice that emphasizes direct vigorous action.

As Activists for the Contract ACTION Team, you will be a direct link between the general membership and our Negotiations Committee. You will be tasked with talking to your flying partners about communication sent out by the Union’s Negotiations Committee, directing Flight Attendants how to sign up for the hotlines, how to access information as well as how to participate in ACTION events such as: email campaigns, base, regional and systemwide events.

The first question usually asked, is about the process of negotiations and the rules that govern the process.

The negotiation process is outlined in Section 6 of the Railway Labor Act. Our current collective bargaining agreement (JCBA) will remain in effect throughout negotiation.

Negotiations under Section 6 outlines the process that either leads the union and management to reach an agreement or after following the required steps (see chart below); be released for self-help (strike).

Our membership will be actively engaging in ACTIONs designed to have our voices heard during the process rather than waiting until the later part of the process should the parties be at an impasse.

The link provided is a video that explains the Railway Labor Act as well as the process of Section 6 negotiations. Please take a few minutes to watch this important video and share it with your flying partners. 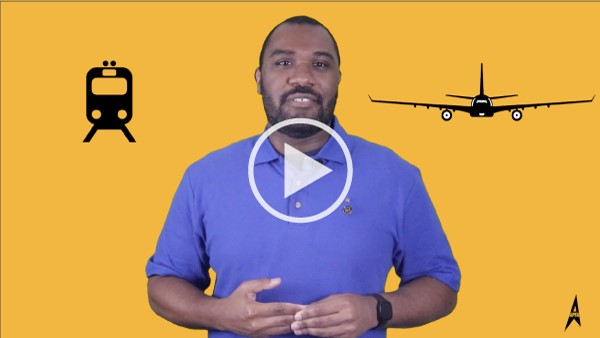 As of this week, there have been five (5) Negotiations Updates sent out by the Negotiations Committee.  The latest Hotline (October 1, 2021) is included in this communication.  It explains what sections are being discussed as well as the status of the Section along with a brief explanation of what has been tentatively agreed to; otherwise known as “TA’d”.

It is very important to understand the process as well as know how to access the information on the status of sections being negotiated.

Last week, your APFA negotiations team met with the Company in DFW to continue contract negotiations. It was a busy week as we exchanged proposals on thirteen sections. These were sections under discussion prior to the COVID-19 crisis. As part of our overall strategy in focusing on key priorities, we are moving to reach agreements where possible and carry over key issues until later in negotiations. Here is a chart of the sections under active negotiations last week: 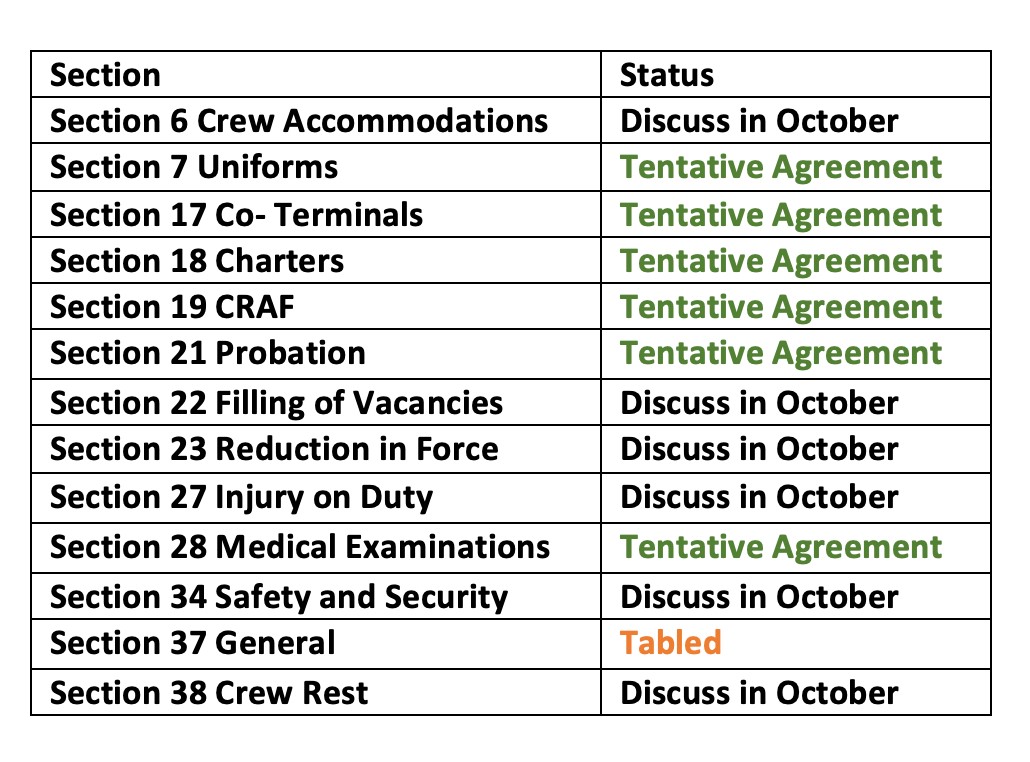 During the four days of bargaining, we reached Tentative Agreements on six sections. A Tentative Agreement (TA) means all the language is agreed upon and, when all sections are completed, becomes part of an overall tentative agreement subject to membership ratification.

Changes to the TA’d Sections

The company did not provide us with a Crew Accommodations proposal but will provide one in our October session. A key issue here is the failure of the company to provide hotels promptly in the case of rescheduling or cancelation.

Our plan to resolve this issue involves pressuring the company for immediate relief but also securing contract language for a long-term fix. Steps taken include filing a Presidential Grievance at the same time as the pilots union, emailing the company, and our major push in bargaining. While this has produced changes in the staffing of the crew accommodations desk, providing some immediate relief to the problem, we have been crystal-clear– short-term fixes are not enough. We need stronger contract language!

Section 37, General, was tabled, meaning we will deal with it later in negotiations. One major issue in this section deals with taking away management’s ability to remove a Flight Attendant from the jumpseat due to weight and balance.

Another key issue in this section includes our proposals to update the commuter policy. The commuter policy is too restrictive compared to those throughout the industry. It fails to allow for commuting on other carriers and also for the fact that flights can fill up quickly, especially given the changes to the revenue standby rules. With the displacements and full flights, commuting has become even more difficult, and the company needs to accept and acknowledge this reality. There is no reason they cannot agree to provisions that have become standard throughout the industry. This issue will not go away, and management will have to deal with them later in bargaining.

The other sections are under discussion, and we will have more information after the October negotiations section. Overall, we had a productive week of negotiations and remained focus on fighting for our key priorities. We will meet the week of October 25th to continue the discussion on these sections.

We want to thank all of you who sent in feedback on the hotel situation to David Seymour. If you have not sent an email, the link is here. At this stage, we are building the contract ACTION team and encourage all interested members to join.

As we continue to build our movement, we ask you encourage all Flight Attendants to sign up as Activists. 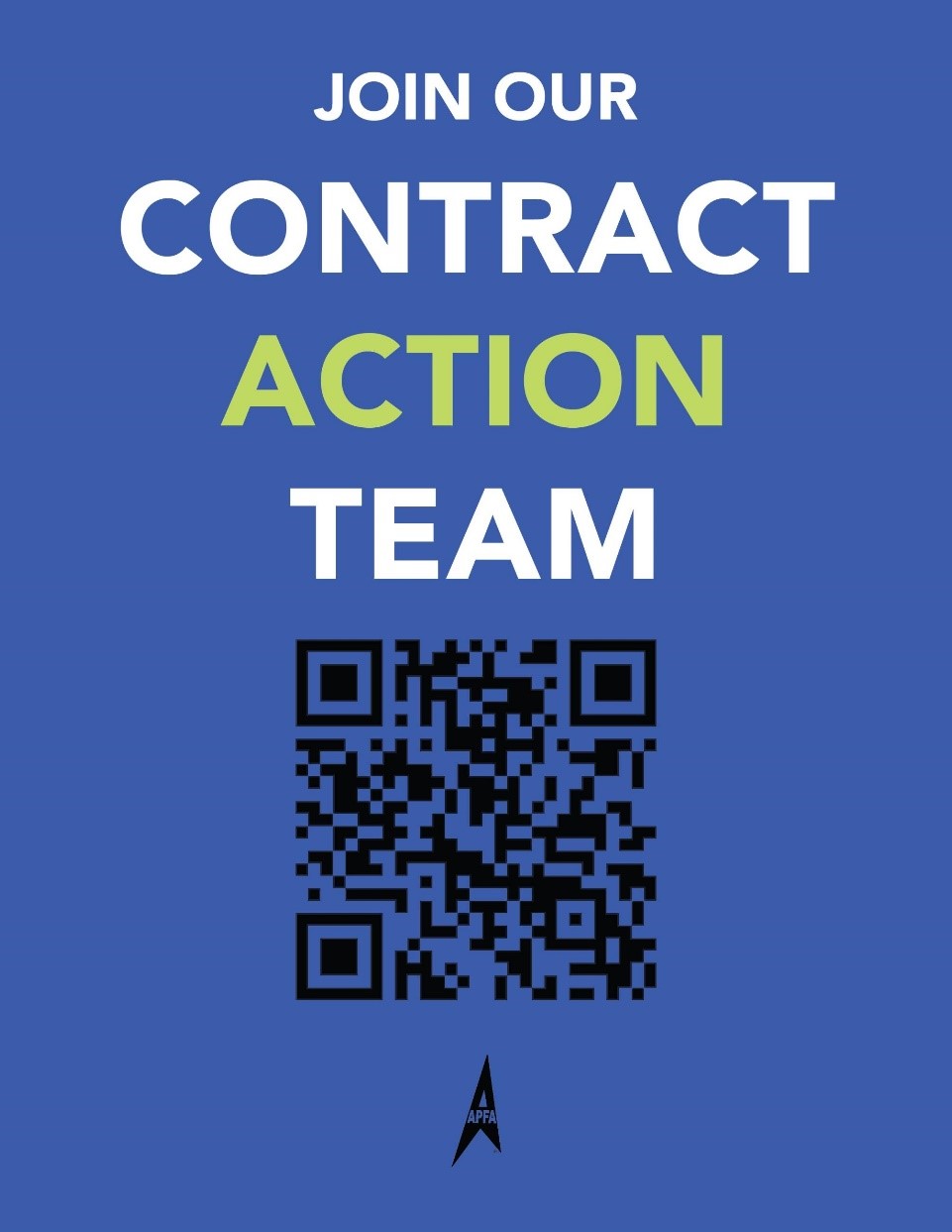 To receive the most up-to-date information regarding contract negotiations, visit ContractAction.org.

The best way to build our movement is to stay informed so we are ready when our Negotiations Committee makes the call for us to take ACTION.

Send your questions to: ACTION@apfa.org