We haven’t seen much of the promised improvements to our sequences. We have an increase in sequences where the layover is shorter than the duty day. Sit times have not improved. The Company has changed how they are building the schedule in December compared to years past. In previous years, the company built December bottom-heavy, with most of the flying in the second half of the month. This year, they have spread the flying throughout the month and reduced the schedule over the holidays and on Saturdays. If you are a commuter, please plan accordingly.

I am incredibly disappointed to see the considerable reduction in block hours for PHL in December. We lost nearly 14,000 block hours for December as compared to November. I requested a conference call with Kipp Stoneman, who is the head of manpower planning. APFA National President Julie Hedrick and I spoke with him concerning the significant loss of flying time. He indicated some bases had a reduction in flying due to absenteeism. PHL certainly had our share of absenteeism, but that was not the reason for our block hour reduction. Most other bases grew due to the return of EVLOA’s and vacancy transfers. PHL was not one of those bases. Our headcount difference from November to December is only 22 fewer people in LRD. Kipp told us we had to look at the overall system, and as headcount increased in other bases, they had to adjust flying. He also stated they try to make it equitable, but they missed the mark slightly for PHL. The considerable block hour reduction is a driver for higher line averages and increased reserve numbers. We were assured they would take a closer look at PHL when building the allocations for January.

Here are the preliminary numbers for November for PHL: 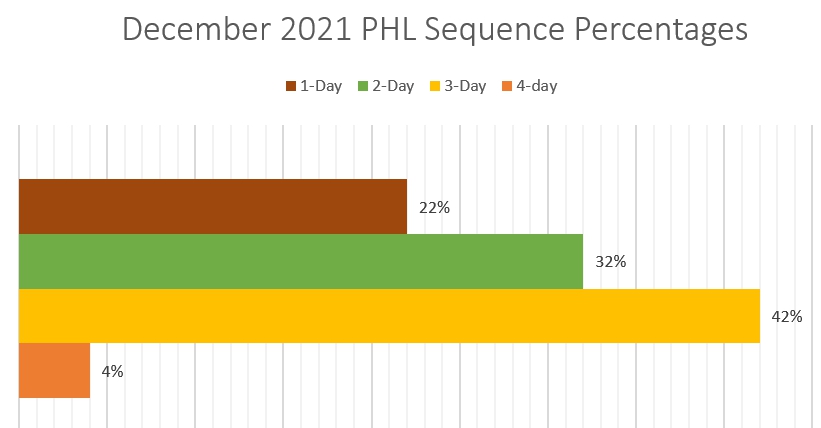