A Profile in Courage: Deb Haaland, U.S. Secretary of the Interior

Deb Haaland was born in 1960 in Winslow, Arizona, and is a current member of the Laguna Pueblo Tribe, located 45 miles west of Albuquerque. In March of this year, she was confirmed as Interior Secretary, making her the first Native American Cabinet Secretary in the history of the United States. The Department of the Interior oversees 500 million acres of public land and includes the Bureau of Indian Affairs, which provides services to 574 American Indian Tribes and Alaska Native Villages throughout the country. For many, the significance of having a Native American lead the department cannot be overstated. 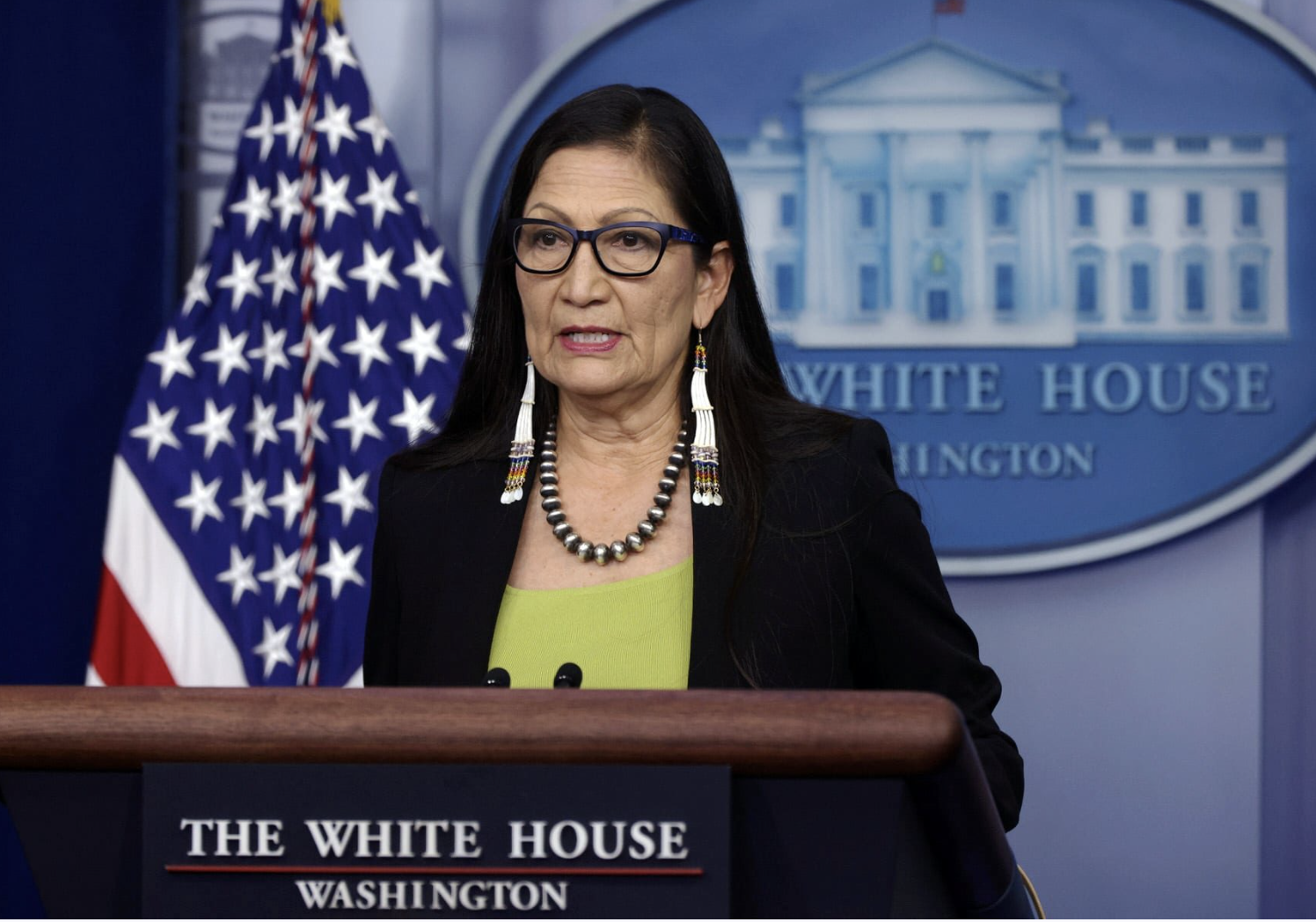 Secretary of the Interior Deb Haaland

Haaland comes from a strong military background. Her father was a 30-year combat Marine awarded the Silver Star Medal for saving lives in Vietnam, and her mother is a Navy veteran. In addition to her role at the Interior Department, she was one of the first two Native American Women elected to the U.S. House of Representatives in 2019.

Native advocates and speakers across the country are looking forward to having a seat a the table, are energized by Haaland’s sense of community, and are confident in her ability to reset and transform the relationship between Tribes and government.

“In spite of our agonizing history, Native Americans find much to celebrate. The songs, the dances, the culture, and traditions surrounding planting and harvest, the prayers that are sent upward for healing and peace, and the welcoming of children into our families, are all reasons for us to keep moving forward with optimism.”
–Deb Haaland

Unions have always celebrated the diversity of their membership. Throughout November and everyday, we recognize our members who identify as Native American and pledge to keep Indigenous Human Rights at the forefront of the conversation.