Wintertime is on its way, and this means the days are shorter, nights are longer, and it is getting colder outside in many parts of the Northern Hemisphere. The Winter holidays are full of lights to brighten the night and lighten our hearts and we see the magic of lights everywhere we fly. With our bird’s eye view from our airplane office window in the sky, we see how important it is for the many traditions, cultures, beliefs, and experiences from all over America, and all over the world. This time of year is a reminder of how important it is to be that light to one another with respect, honor, acceptance, and grace in all the ways we celebrate this time of year.

December 6th is Saint Nicholas Day. This day is a celebration of the birth of Saint Nicholas, who was a Turkish bishop born around 280 AD. He gave gifts to people in need and set an example for the tradition of gift-giving and helping others. 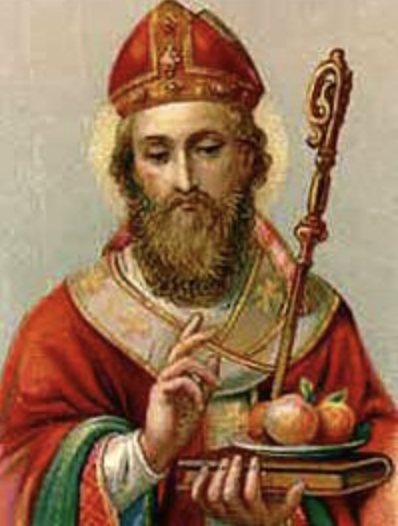 It was the Dutch who gave him the name of Sinterklaas in the late 1700s when they immigrated to America. They brought with them this tradition that has slowly evolved with the influence of other countries into our modern-day Santa Claus.

December 8th, the eighth day of the twelfth month, is Bodhi Day, which celebrates the anniversary of over 2000 years ago, when the morning star (Venus) rose in the sky in the early morning, the third night, and Buddha reached spiritual enlightenment. In Japanese Zen, it is known as Rohatsu, and the Chinese version of this festival is called Laba. In the Mahayana culture, a tree is adorned with decorations and colored lights to signify the three jewels and the path to enlightenment.

December 10th through 18th is Hanukkah. The Hebrew word Chanukah means “dedication” and celebrates the rededication of the Holy Temple more than 2000 years ago when the land of Israel was part of the Syrian-Greek Empire.

On this Jewish festival of lights, a candle is lit each day with a menorah, special prayers are said, and traditional foods honoring that day long ago and the reclaiming of the Holy Temple.

December 12th is Feast Day of Our Lady of Guadalupe, and celebrated by Mexicans and Mexican Americans that honors the reported appearance of the Virgin Mary in Mexico City. December 16th is Posadas Navideñas, which celebrates Mary and Joseph’s trek to Bethlehem to give birth to Jesus.

December 21st, Solstice, is when the sun makes its way back to the earth and is the point in the year when the earth is at its most point tilted away from the sun. It is the shortest day of the year and the longest night. This event is honored through Yule, celebrating the return of the sun. The traditions of a Yule log, the decorated tree, and wassailing can all be traced back to Norse origins of the 8th century of people going door-to-door, singing, and offering a drink from the wassail bowl in exchange for gifts. This practice still exists, but is now more commonly called caroling.

December 25th, Christmas Day, celebrates the birth of Jesus Christ, and the tradition is to open gifts, give to others, attend church, and have traditional meals with family and friends. It is followed by Boxing Day on December 26th, which promotes giving to the poor, and the Feast of the Holy Family on December 27th that honors Jesus, Mary, and Joseph.

December 26th- January 1st is Kwanzaa. It is a seven-day celebration based on African harvest festival traditions from many areas of Africa and of African Americans and their history.

There is a lighting of the Kinara daily and the seven candles represent the Seven Principles (or Nguzo Saba) of Kwanzaa. A communal feast called Karamu is usually held on the 6th day. The holiday is centered on the end-of-year harvest festivals that happen across Africa and for unity, self-determination, collective work, responsibilities, purpose, creativity, and faith.

Wherever you are, take with you this knowing that you are making the season a little bit brighter with the kindness you give to those you meet, and from all of us, we wish you all a happy and healthy holiday season.