Block hours for March increased about 2%, still 29% lower than pre-COVID levels, while the entire system is only down 12%. I addressed this on the staffing call, and pointed out that way too much flying is being pushed out of Miami. This not only impacts our headcount, but delays clearing the transfer list so new hires can be sent out of training to Miami. I will continue to press the Company on this issue each and every staffing call. The good news is that only 66 Flight Attendants are on transfer list requesting Miami. Once the list is cleared, we can expect to see new hires sent here out of training.

The Reserve list for March is projected to be at 17.5% with 483 required heads, as compared to 14.7% in February with 399 heads. The increase is attributed to historical data from 2019, and a high absentee rate. I expect reserve will go more junior as we continue to receive transfers most of which will either be on straight reserve for one year, or one on one off for the remaining three years.

The implementation of the 10 hours minimum rest requirement is fast approaching and will be implemented in actual operations when the FAA sends the final language. In preparation for that to be implemented, Allocations has built the sequences to reflect that change. You will see longer layovers, and no sequences built with less than an 11 hour layover with the exception of a few sequences that carry into March. These changes will increase the synthetic time (pay and credit), generating a 3% increase in 3-day trips. The number of 2-day trips will remain the same, and turns will decrease about 3%. The ODANs will be impacted as well and we will see a 50% decrease in the number of ODANS for March.

There will be two schedule changes in March. One at the beginning of the month which will be minor, and a major change at the end of the month as we transition from the winter schedule to the summer schedule. Wide-body flying will start to disappear from the Domestic operation. Daylight Savings Time goes into effect mid-month which will result in layover patterns changing, and double overnighting during that change.

Here are the allocated block hours and trip compositions: 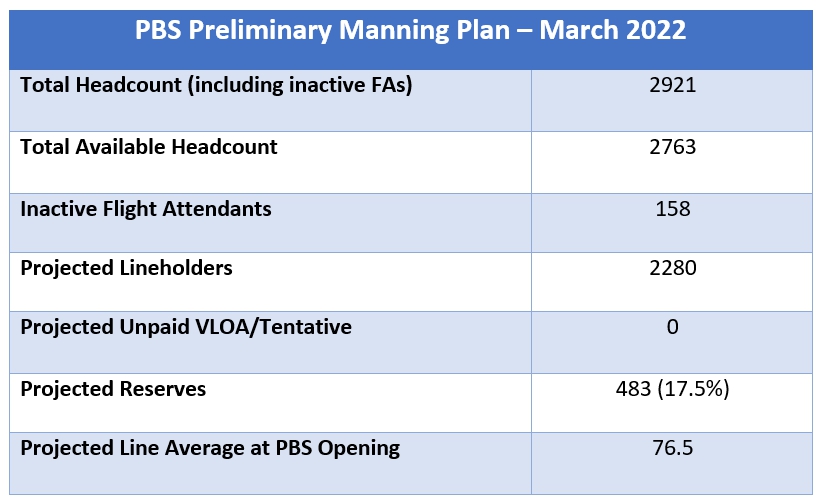 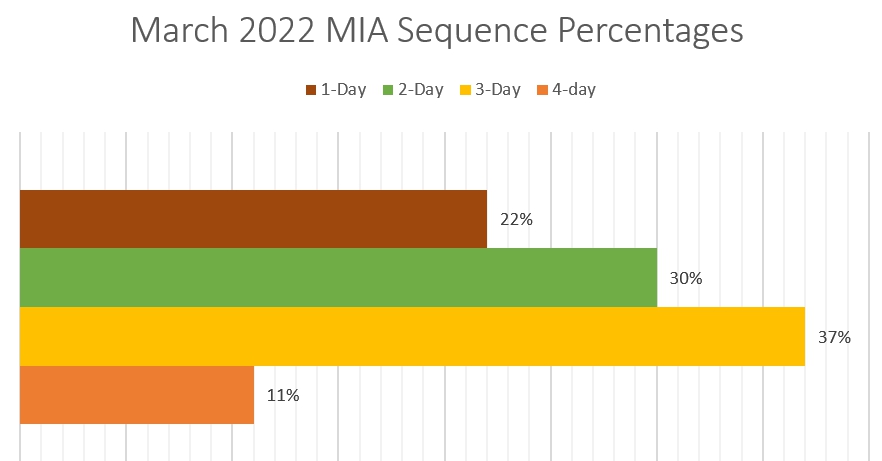 Sign up today to be part of the Contract ACTION Team.

To get the most up to date information regarding contract negotiations visit: ContractAction.org.