Thanks to your feedback, a new enhancement has been added to the ETB Create Post page. When you click on Create Post, you will see the following screen. From here, instead of defaulting to drop, you must select the type of post you would like to create.

New to the ETB Post page is the Standby tab for Reserves wishing to trade their Standby shifts.

We received an update from the ROTA team on the implementation of JCBA Section 12.J.12.c. ROTA will ensure there is an 11-hour gap between RAPs, taking into consideration groupings, legalities, bid preference, and RAP distribution requirements. Additional waivers will need to be added to allow Reserves to waive this provision and allow modified start times following the 11 hours “RAP GAP”. The ROTA team is estimating this will be implemented by the end of the first quarter.

JCBA Section 12.J.12.c: The choice of RAPs within that grouping for a senior Flight Attendant may not preclude a more junior Reserve from receiving eleven (11) hours between RAPs. However, if there are not sufficient Reserves to cover a particular RAP, a Reserve may be assigned to a RAP with less than eleven (11) hours between her/his previous RAP.

Position Trades: As of December 11th, if you are trading into a Red Flag position on the same sequence they will be processed in UBL. You no longer need to call Crew Scheduling to request the red flag be unset to allow a position trade request. Red Flag premiums are not paid when trading into a red-flagged position. 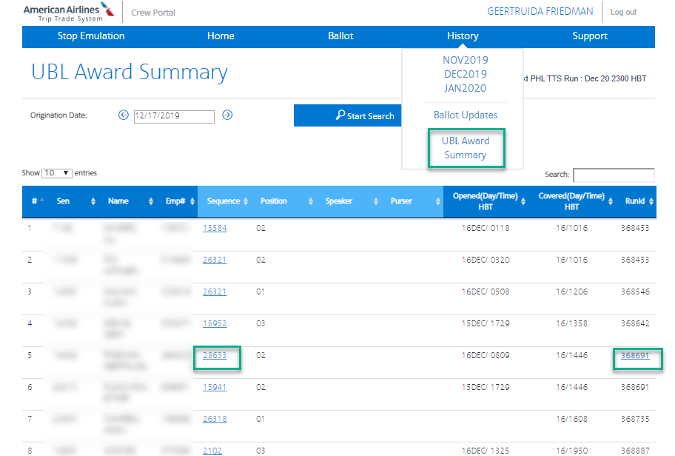 As of December 11th, an enhancement to the TTS page allows you to view the aircraft subfleet by clicking on the equipment. A plus (+) next to the aircraft type indicates multiple aircraft on the sequence. This is currently only available on the desktop version. 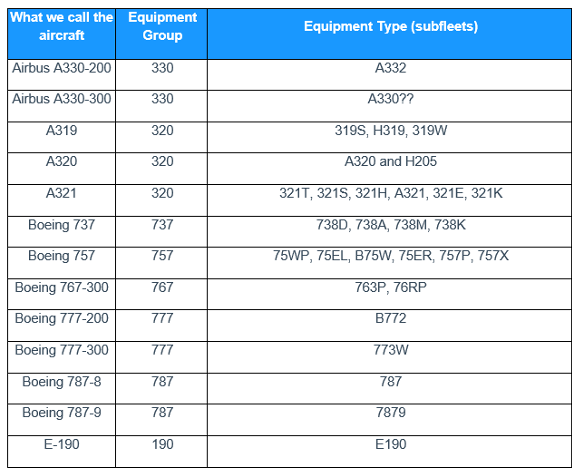 UBL Manual Runs prior to ROTA