The Line Property “Waive Carry-over Credit” for Lineholders has been simplified in PBS.

Since the “Waive Carry-over Credit” is a yes or no selection it has been required to be bid in layer one to apply. It now appears as a single button “Add This Bid.” 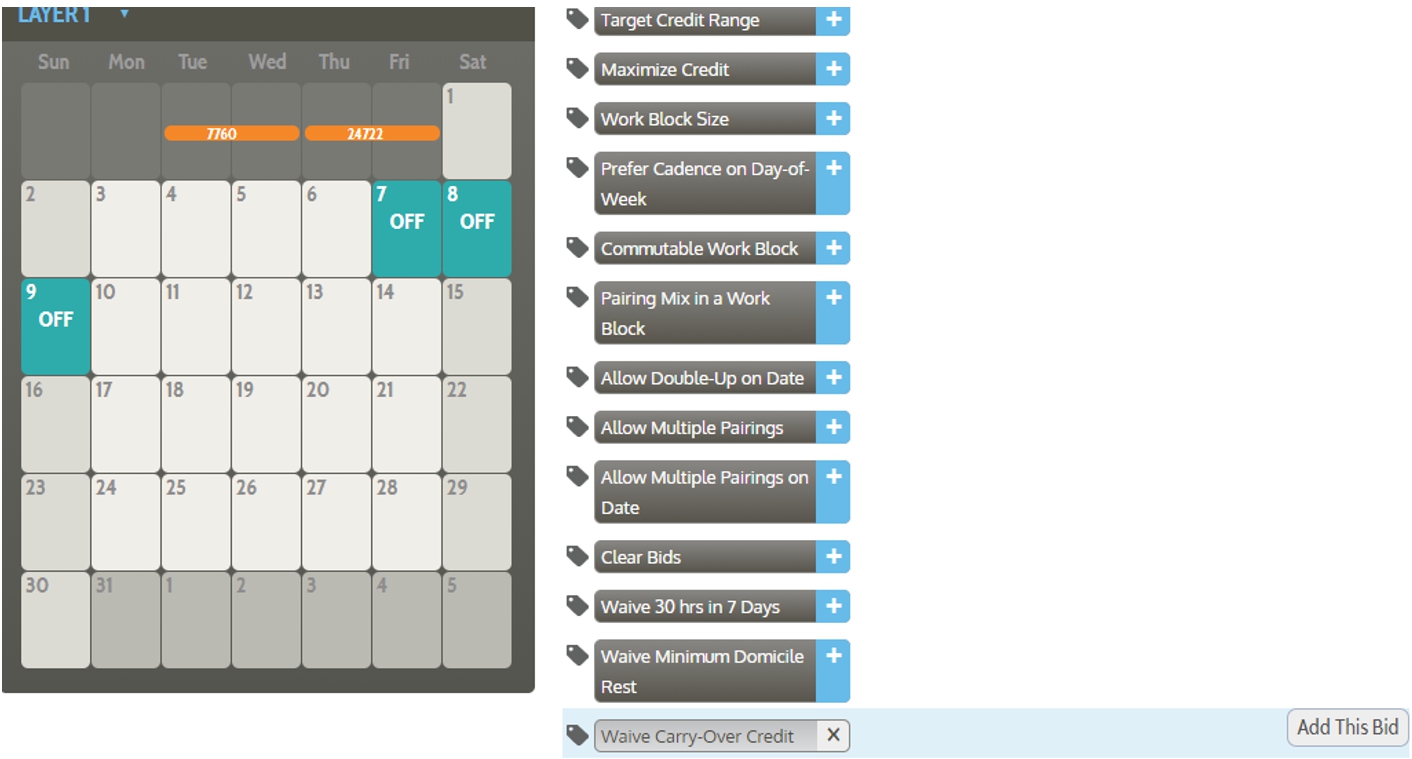 There is a change on how a block of Reserve days at the end of the month can be bid and awarded/assigned. This adjustment has a test period until May 2021. If this test proves to be beneficial for Flight Attendants, it will remain in effect until it can be incorporated into the next contract. In this hotline, you are provided examples of possible patterns. It is important to note that not all possible patterns are listed below.

Rather than having to bid and be awarded/assigned a minimum of 3 days at the end of the month, followed by either another block of 3 days at the beginning of the month or days off, the allowable pattern of three (3) to six (6) days of Reserve can be accomplished across the two months. 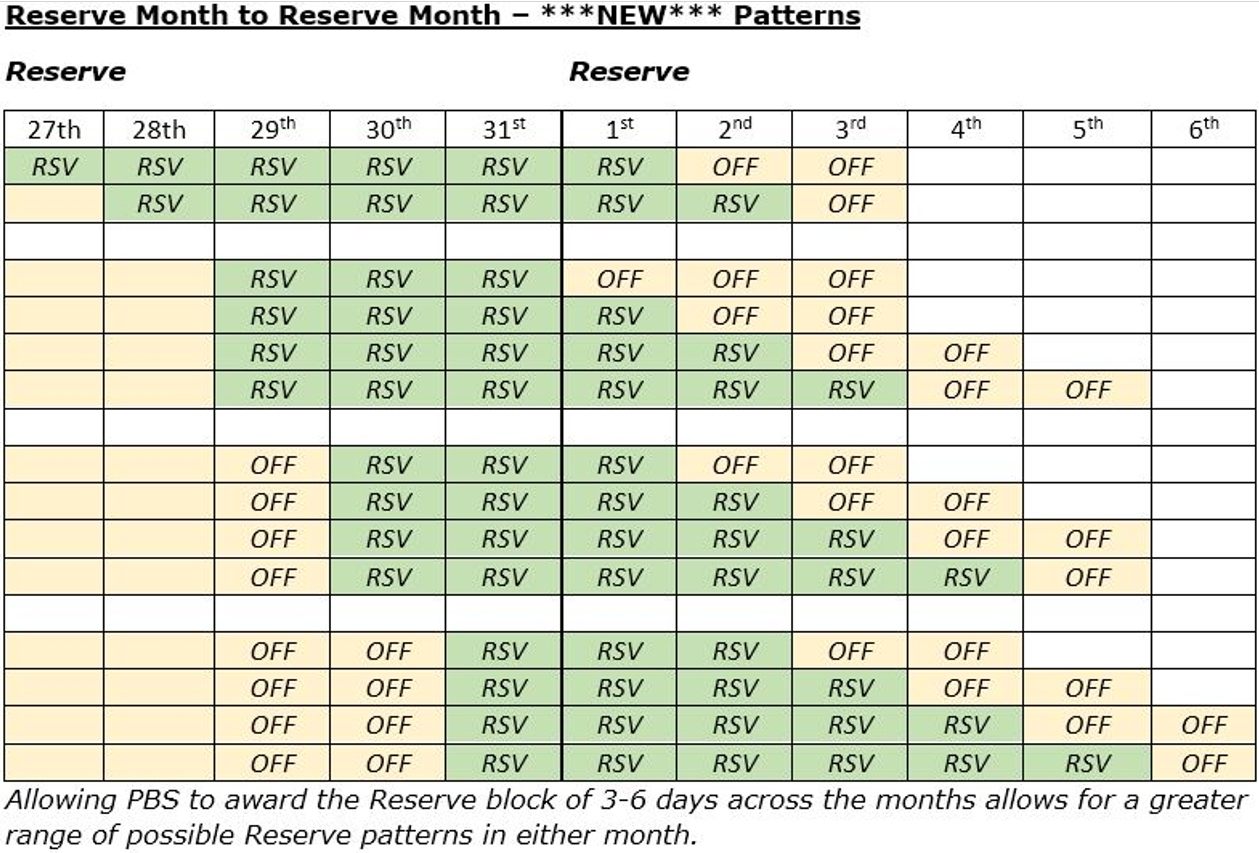