In recognition of Women’s History Month 2022, we spotlight Flight Attendant’s historical and contemporary contributions to society. Part I of our communication recognized two co-workers: Tamara Carter (DCA), who uses the power of activism to draw attention to the violence within our Indigenous communities, and Kimberly Graham (formerly ORD), candidate for Polk County Attorney in Iowa.

This week, we celebrate two co-workers: Carolyn Hunker (formerly DCA), who is following her dream to the flight deck, and Robyn Beasley (LGA), a fierce advocate for the world’s elephant population.

Carolyn writes, “I was a 2013 Flight Attendant hire with American. I thought being a Flight Attendant was a great career and envisioned myself here until retirement. I’d considered becoming a Pilot, but I didn’t believe it was an affordable option for me personally. In 2016, I met a Miami-based Flight Attendant who was also a pilot. They helped me realize I could make it work and helped me get started.

While working full time, I finished my private license in 2018, instrument in 2019. I didn’t take the first pandemic leave, but when my flight school reopened, I took the 15-month leave of absence and used it to complete my commercial license in October 2020. I started teaching new Pilots in 2021. I’m using teaching to achieve the 1500 hours required for ATP and regional flying. I was able to take the pandemic leave and use it to my advantage until all Flight Attendants returned to work in November 2021. I balanced both careers briefly, but there is such a high student demand in Northern Virginia, I resigned at the end of last month to go back to teaching full time.”

Carolyn continues, “I hope to start applying to regional airlines by the beginning of the summer and hope to be in training by fall. I’d like to eventually fly for a legacy mainline airline when I’ve accumulated the turbine hours. I’ve also begun training for an aviation maintenance technician license on the side because I want to build a small plane as a hobby.

Even though only 7% of pilots are women, I am surrounded by support in my local aviation community. I know that many of my contemporaries have not been as lucky, and I’m grateful to my local flight school and maintenance shop for being so inclusive.”

Robyn Beasley is a Flight Attendant with American Airlines, whose love for travel and animals has led her to become a global educator, advocate, and fundraiser to support the ethical treatment of animals. Her passion for the world’s elephant population began while researching ethical ways to see elephants in Thailand. There, she found Elephant Nature Park (ENP), and after visiting ENP for a day — and then later volunteering for a week — her eyes were opened to the cruelty often inflicted on animals in the name of tourism.

A year later, Robyn organized and accompanied a group of 55 fellow Flight Attendants to travel to Thailand to share her experience. They were instantly transformed into advocates themselves. She was awarded American Airlines’ highest honor, the Chairman’s Award, for her leadership and advocacy. 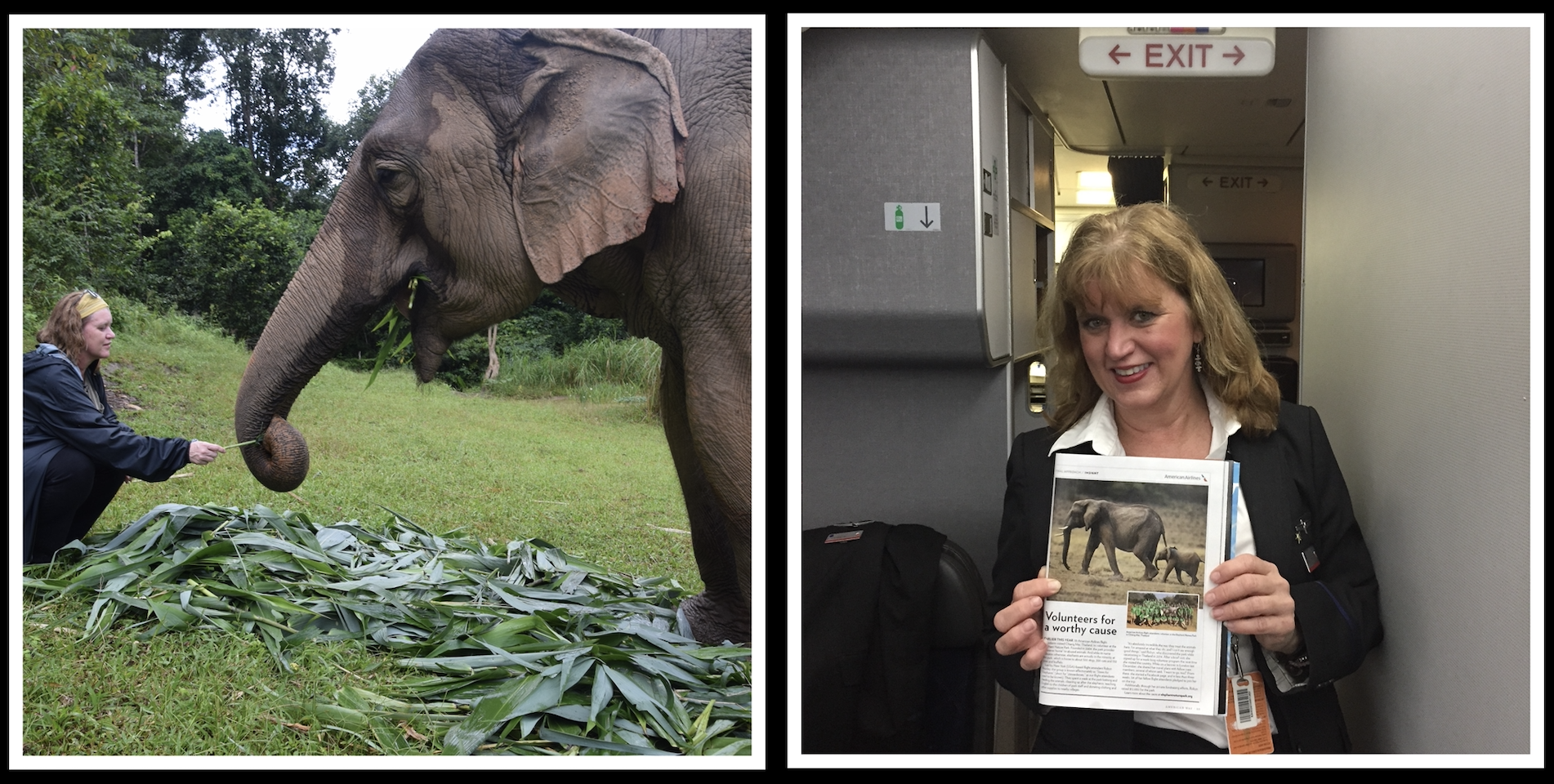 She has continued to be an advocate for elephants and other animals, and as a founder of Stews 4 Elephants, continues to educate, volunteer, and raise badly needed resources to protect the world’s animal population. Stews 4 Elephants became a 501c3 in 2021 under the name S4E Global, inc. As travel makes its comeback post-COVID, Robyn looks forward to taking more Flight Attendants back to Thailand to volunteer with the elephants and other projects that S4E supports.

Robyn makes her home in New York City and flies out of NYC.