The APFA Annual Board of Directors Convention was held at the Westin Irving Convention Center at Las Colinas on March 8th-10th, 2022. Part I of the convention update includes the National Officer’s Update, Negotiations Update, and the APFA Distinguished Service Award recipients. 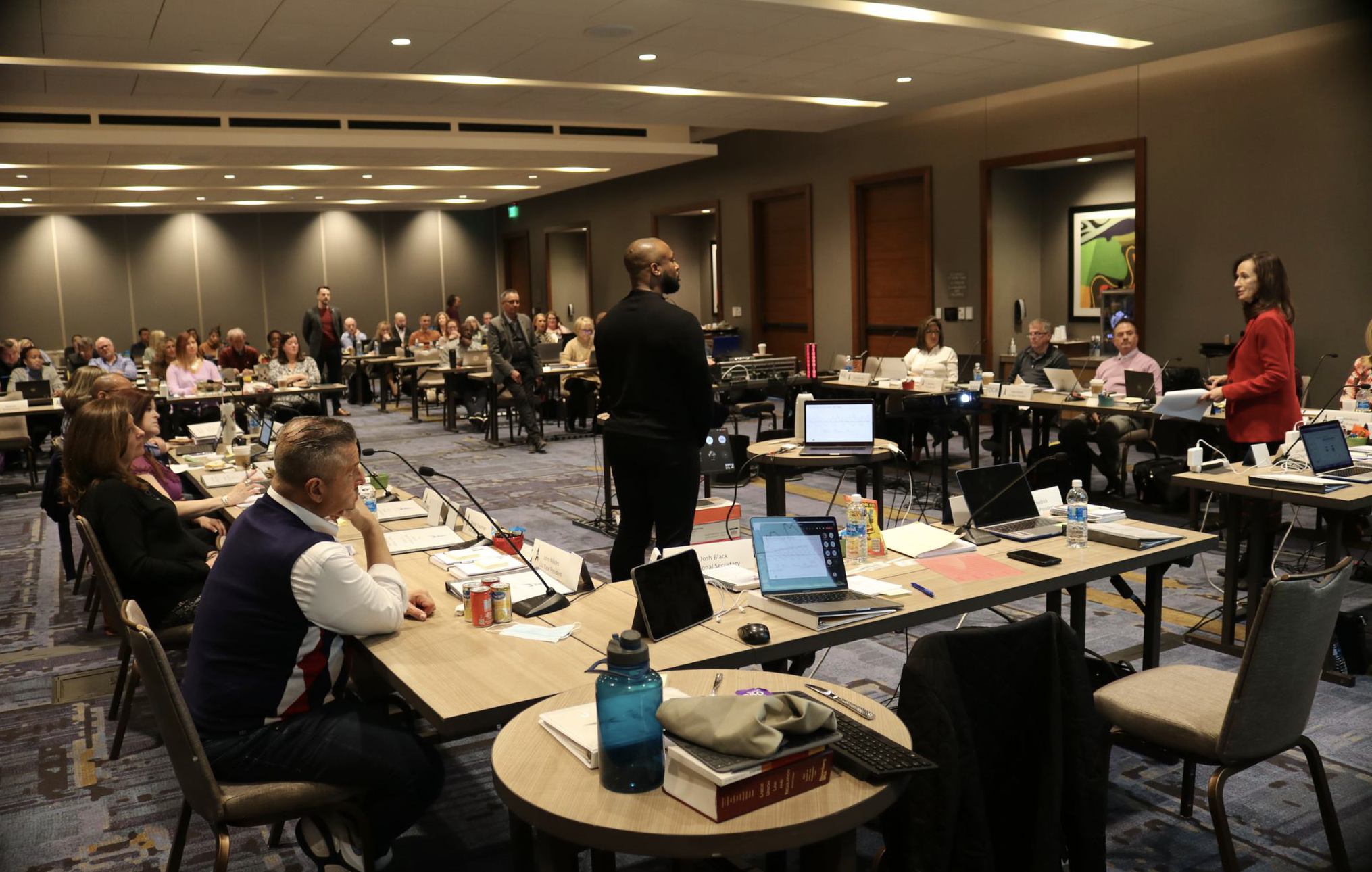 To view the final agenda for the meeting, click here.

When necessary, APFA enters into a Letter of Agreement (LOA) to supplement contractual language or provide clarity on matters that were not contemplated during collective bargaining. LOA’s are enforced similarly to our negotiated contractual language.

In the event AA or APFA deem an LOA may be necessary, the APFA National President and related APFA Department Chairs will meet with AA Labor Relations to discuss terms of a potential agreement.

For a list of the signed Letters of Agreement, visit the APFA National President’s page here.

Thirty-five items were included in the ‘New Business’ section of the agenda. When a new business item is added to the agenda, the name of the person adding the item appears in the right column.

What does the I/D or the I/D/A mean for each agenda item?

Agenda items for this meeting include: 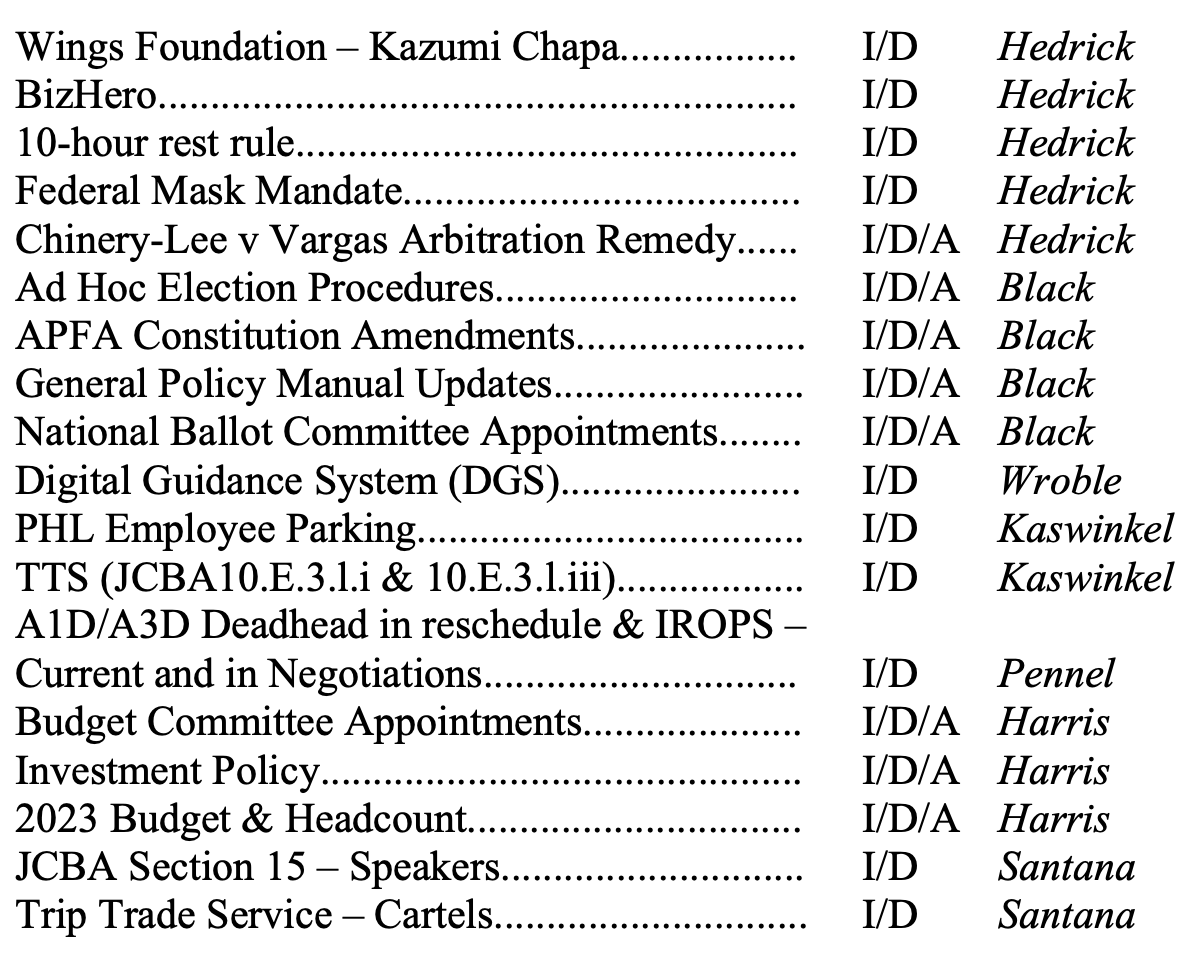 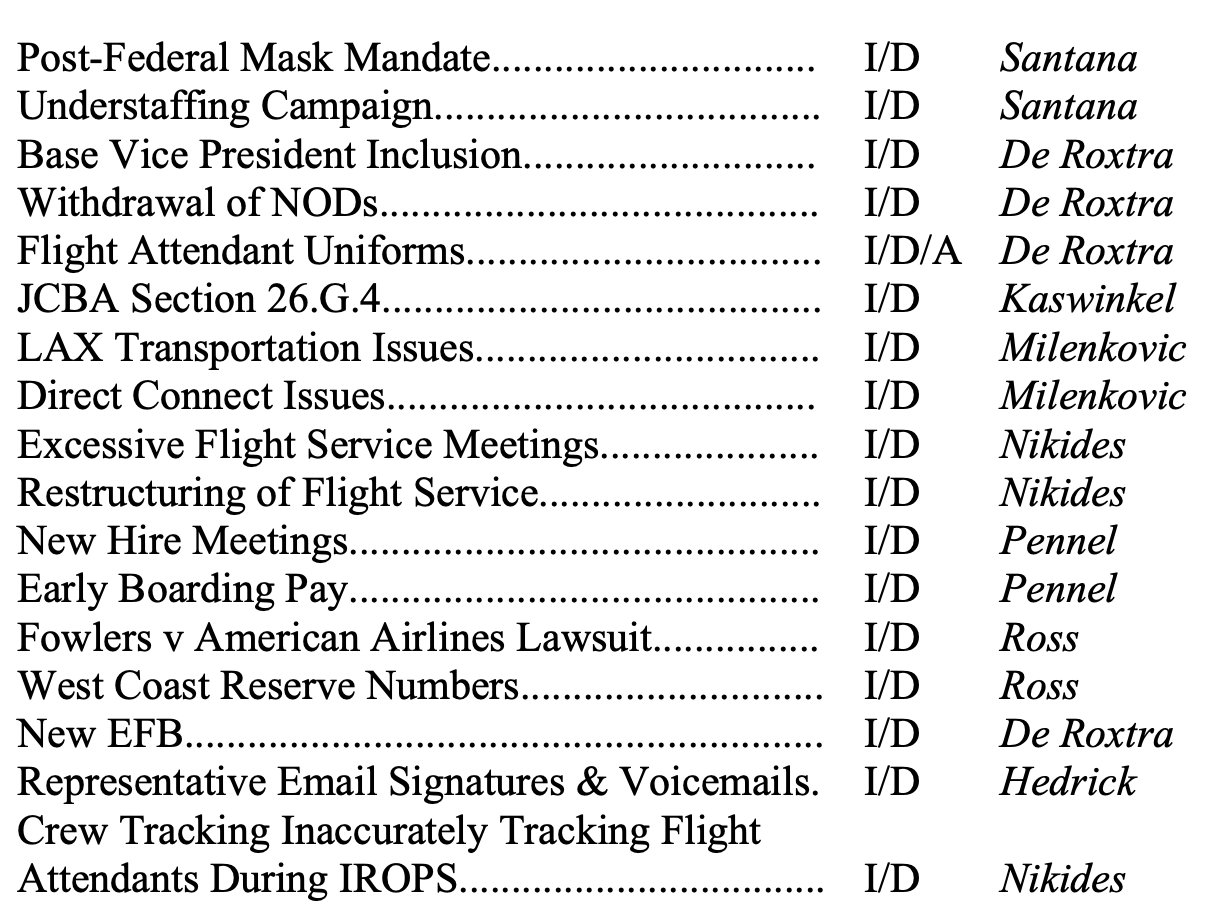 Details on the agenda items will be included in the official meeting minutes, which will be available no later than thirty (30) business days after the conclusion of the meeting per Policy Manual Section 4.A.7.b.(5).

Both Kerstin Conners (DFW) and Joseph Seelye (PHX) were re-elected as Ad Hocs 3 and 4, respectively.