Chinese Laborers Connect the Country
via the Transcontinental Railroad

As the Civil War ended, Congress passed new legislation to fund and grant land to the Union Pacific and Central Pacific Railroads to construct a western rail system that would connect the western portion of the country to existing east coast rail lines, forming what would be known as the Transcontinental Railroad. This connection was significant- it would reduce cross-country travel from months to less than a week.

As planning began for the western rail service, Central Pacific Railroad posted job opportunities for thousands of workers, only to receive a lukewarm response. Those that did apply grew tired of the hard work and substandard pay. As a result, leaders began to hire Chinese Immigrants who arrived in California to work in the mines. They quickly learned that these Immigrants would endure the harsh conditions and challenging mountainous terrain. By 1867, anywhere from 10,000-15,000, or 90% of the laborers constructing the railroad eastward from Sacramento, California, were Chinese Laborers. 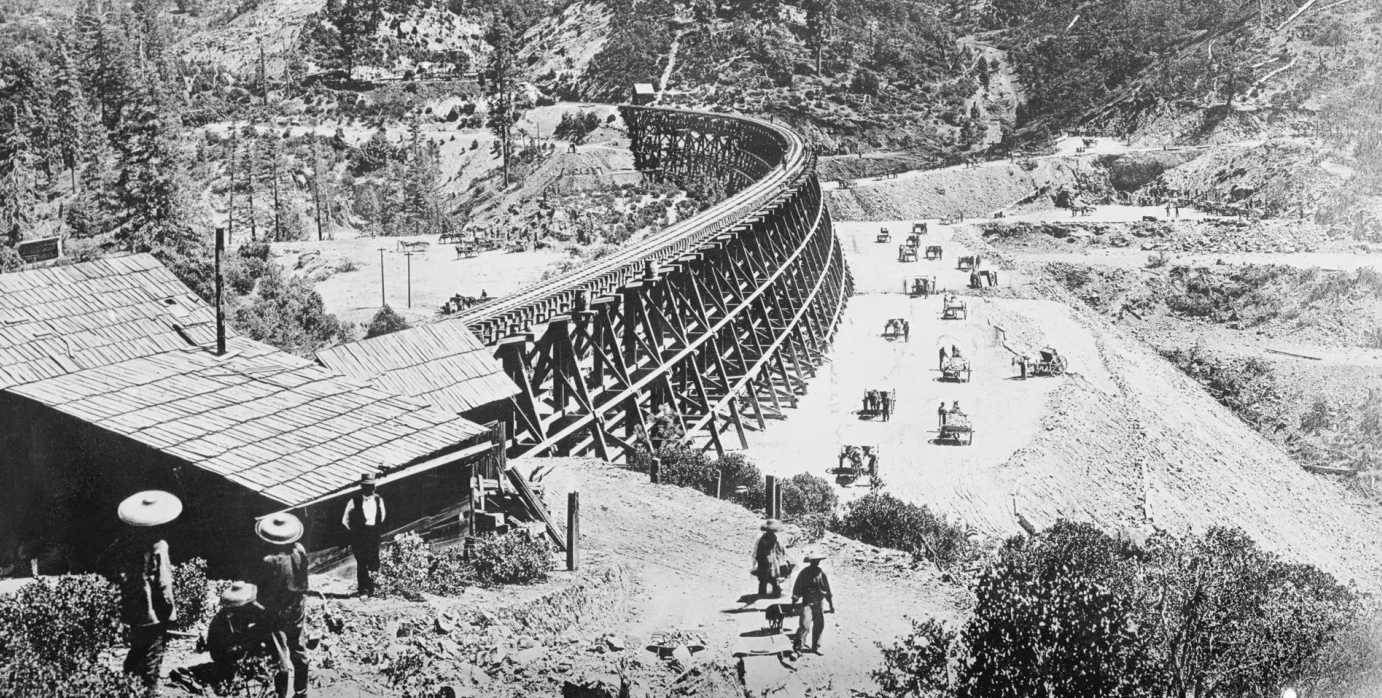 In 1867, disparate pay and working conditions led these Chinese Laborers to engage in the largest strike in the history of the United States. The strike lasted eight days, and while working conditions marginally improved, the railroad cut off workers’ access to food and basic necessities, forcing them back to work.

Few records remain about the struggles of the Chinese Laborers, and little documentation remains about the number of deaths as a result of this grueling work, but some estimates put the on-the-job death toll at over 1,000.

After the railroad’s completion, these Laborers dispersed to other construction jobs, including railroad and road construction projects across the country.

The completion of the Transcontinental Railroad ushered in a period of incredible economic growth, and many responsible for its construction, notably the Chinese Laborers, were never recognized or memorialized. Letters home to their loved ones, diaries, and other documents were destroyed. Even worse, in 1882, in response to white hostility, Congress passed the Chinese Exclusion Act, which was the only federal law to suspend immigration for a specific nationality. The Chinese Exculsion Act was in effect until 1943.

Finally, in 2014, some recognition came. The U.S. Department of Labor inducted these Chinese Laborers into its Hall of Honor. Advocates continue to push for a Memorial to recognize  the sacrifices of these Laborers.

Over the past few years, we have seen a sharp rise in incidents involving anti-Asian racism. We stand firmly with our Asian/Pacific American siblings against discrimination and celebrate their culture and heritage as an integral part of the fabric of our country and our communities.