Reserve Bidding Reminder:
Back Yourself up With a Lineholder Bid

When PBS opened today the line averages were, at most bases, slightly higher than originally discussed with the Company. Generally speaking, there may be variations because of changes in headcount due to leaves and other factors.

We have consistently pushed the company to reduce the number of Reserve Flight Attendants at each base. Reducing the Reserve count would lower the line averages and ultimately decrease the number of hours each Flight Attendant would be projected to cover as PBS processes. We hear you loud and clear: Reserve numbers are too high!

To that end, we had discussions with the Company today regarding these higher opening line averages.

Historically, when PBS processes, the actual line average organically goes down once bidding behavior, carry-in credit, last minute changes to headcount, and other variables are taken into account. For July, the Company has agreed to monitor the award process and, if necessary, influence the final line average by moving some Reserves to Lineholder status.

What does this mean for my July PBS bid? 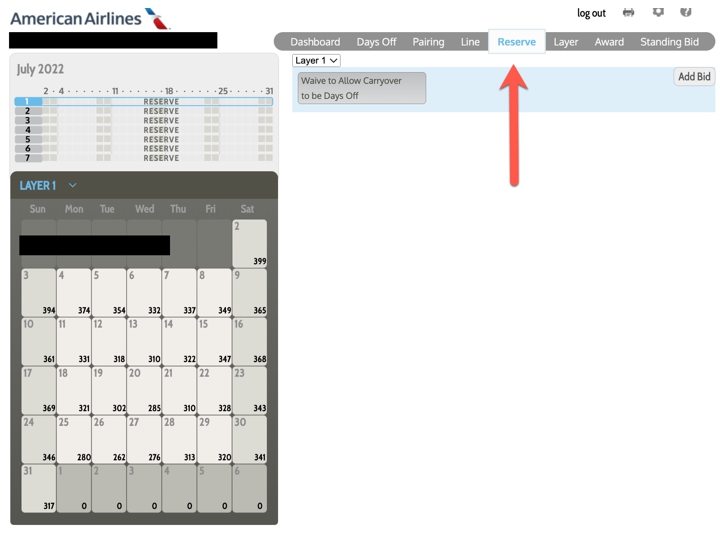 When would I be moved from Reserve to Lineholder?

If your final status is Reserve when the bid period opens, you will want to back yourself up and be a “bubble bidder” if either of the following applies:

During the award process if additional Lineholders are needed to cover the remaining open time, Reserves will be moved to Lineholder status accordingly:

Because a bubble bidder has the potential to be moved to Lineholder status, it is recommended to create both a Reserve and a Lineholder monthly bid (seven Reserve layers and seven Lineholder layers).