Last weekend, fifteen APFA members, including all four of our APFA National Officers, joined 4,000 other Union Members, Activists, and Leaders at the 2022 Labor Notes Conference which took place in Chicago, Illinois.

Union Members Stand Together
The Labor Notes Conference gathered Union Members from across the country, and even internationally, to share successes and learn from each other throughout hundreds of workshops and sessions. Subjects included creative organizing tactics, beating apathy, running for local Union office, winning Contract campaigns, understanding the economy, maximizing power under the Railway Labor Act, and reviving the strike. 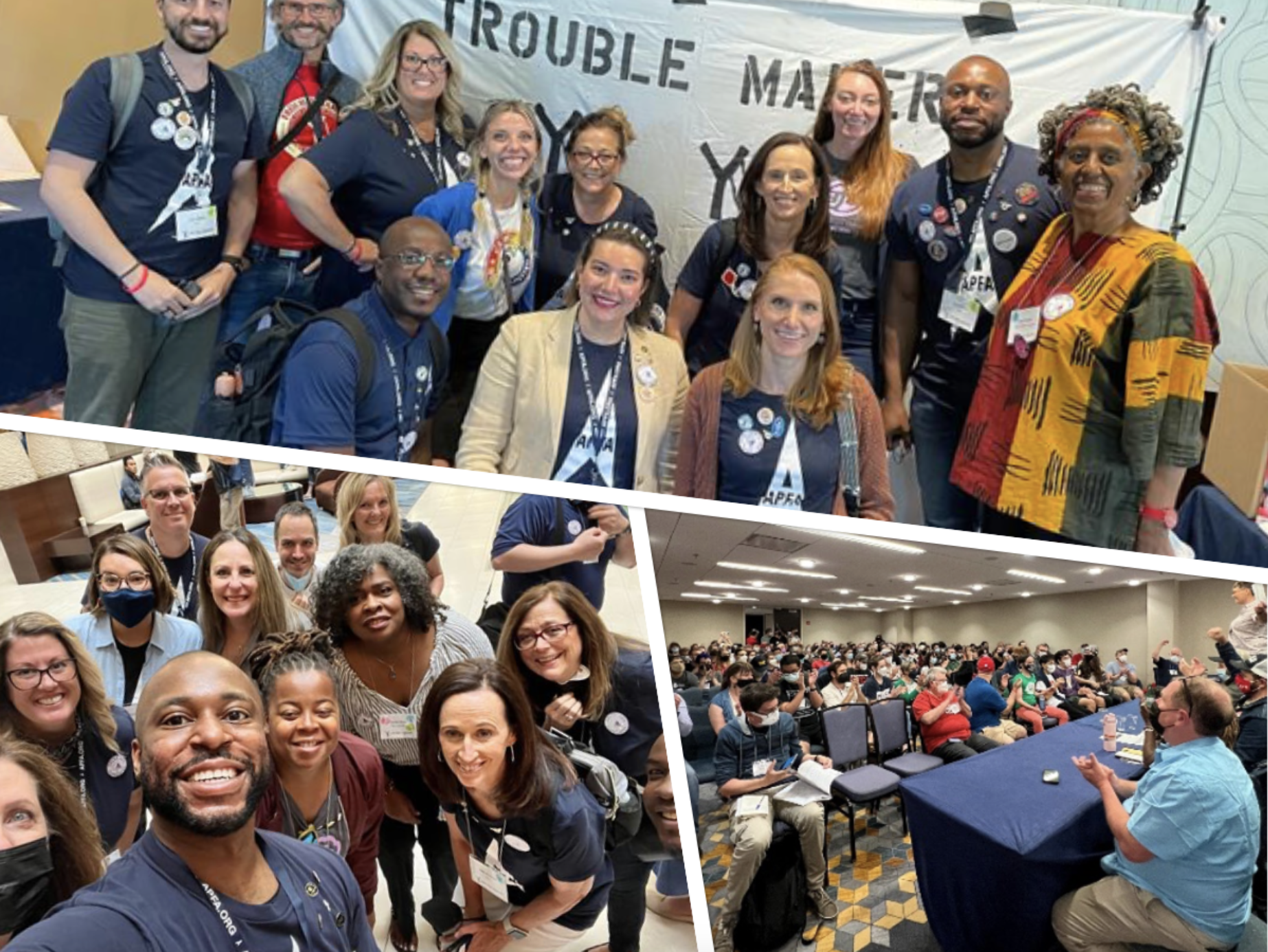 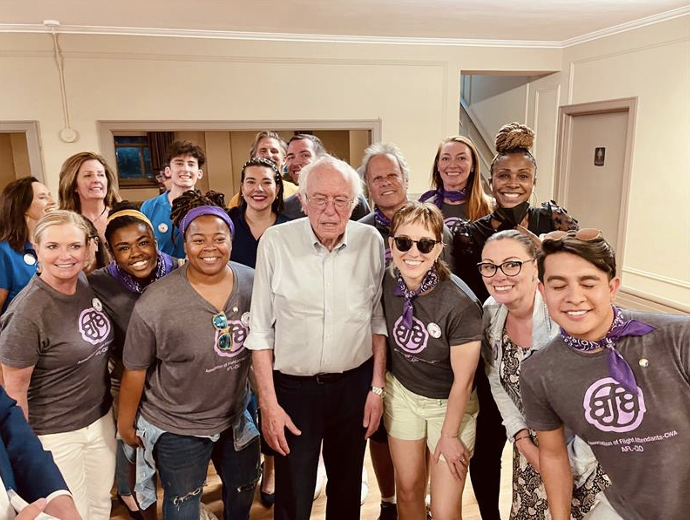 Flight Attendants from APFA, TWU, and AFA were all in attendance and revived a coalition to tackle industry-wide Flight Attendant issues. We are more powerful when we stand together and when information about our respective air carriers flows freely. We also showed our union siblings at the Delta AFA organizing campaign that we support their quest for union protection and representation. When Flight Attendants band together, the energy and the power are unmistakable. This is worker power. 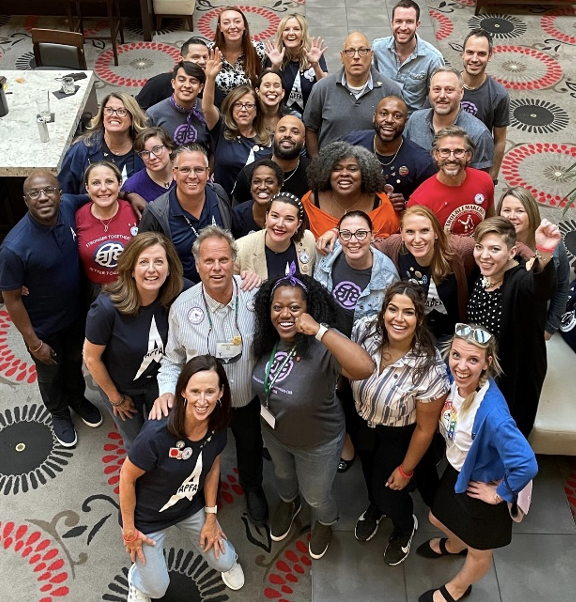 Union Power is Surging
In April, Chris Smalls, organizer and now President of the Amazon Labor Union (ALU), inspired us all with his dedication to overcome anti-Union busting at an Amazon warehouse on Staten Island. They successfully voted to unionize, becoming the first union on Amazon property.

In December, Starbucks workers in Buffalo, led by barista Michelle Eisen, voted to form the first Starbucks workers union in the country. Since then, 143 other Starbucks stores have unionized and workers at 120 other locations have petitioned for union elections.

And just over the weekend, Apple workers near Baltimore voted in favor of unionizing, becoming the first organized Apple store in the country! When discontent in the workplace falls on deaf ears, workers can organize this discontent to stand up to their employers. There is a historic swell of union support and we must continue capitalizing on this momentum. 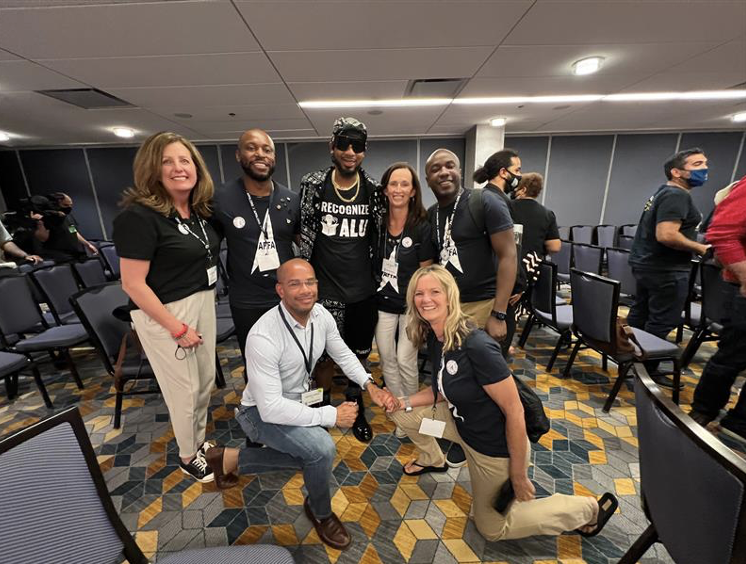 Workers generate wealth. Without workers, there are no millionaires, billionaires, or over-paid CEOs. The very top continues to get richer while those who work hard to make a living struggle to meet basic needs. Workers have so much more in common than we have differences. Standing together is how we build power.

Labor Notes
Labor Notes is a media and organizing project that has been the voice of union activists who want to put the movement back in the labor movement since 1979.

Labor Notes is also a network of rank-and-file members, local union leaders, and labor activists who know the labor movement is worth fighting for. We encourage connections between workers in different unions, worker centers, communities, industries, and countries to strengthen the movement—from the bottom up.

That movement is needed because workers are being hit hard by their employers. We have lower real wages, less job security, and smaller, weaker unions than our mothers and fathers did. 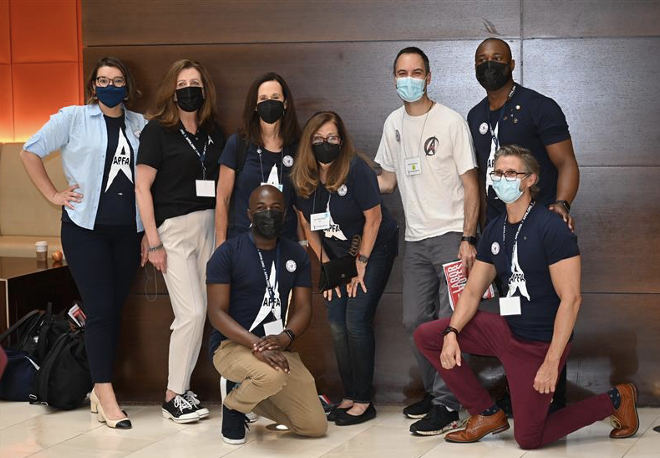